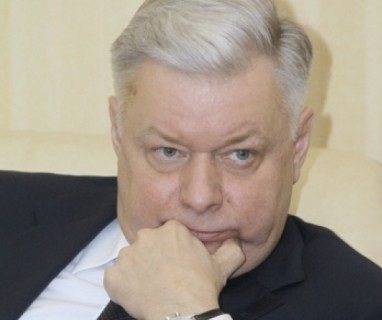 TBILISI, DFWatch – Georgia is protesting against a Russian plan to expel 9 000 Georgians who are illegally in Russia.

Georgia calls this the start of another wave of mass violation of human rights.

He says there are 9 000 Georgians in Russia who have exceeded their 90 days of legal stay on Russian territory.

“We will find them and transfer [their cases] to court.”

He made reference to the mass deportation of Georgians in 2006, saying that it was a legal decision made by the courts.

Today the European Court of Human Rights in Strasbourg heard the last case about the 2006 expulsions. It will make a final decision in a few months. Georgia took this case to Strasbourg in 2007.

Georgia’s foreign ministry claims that the new expulsion move is related to recent harassment of the Russian opposition and people with different views, arrests and physical abuse.

“Another campaign of persecution of Georgian citizens should be reviewed in this context.”

The ministry writes that it is noteworthy that Romodanovsky is defending the persecution of Georgians in 2006. In the process of deportation there was widespread violation of human rights, mistreatment, and torture, which has continued in recent years.

The ministry pointed to a murder in November 2011. The 19 year old Mamuka Kakhishvili died after having been beaten by Russian police in Samara, as reported by Russian media.

He is severly disabled. On November 10, while the end of his army contract at a bar, the party was closed for strangers and he stayed outside the bar with friends, when three policemen arrived and started beating him.

The police later reported that they suspected him of being a wanted person.