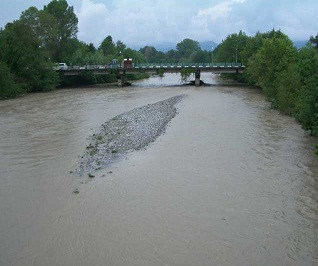 TBILISI, DFWatch–Russia has created a temporary border zone in the disputed Georgian region Abkhazia. The measure is said to be temporary in connection with the Winter Olympics in nearby Sochi.

According to the Georgian Foreign Affairs Ministry, Russia has moved its border with Georgia 11 kilometers into Georgian territory.

The border zone is created inside the breakaway region Abkhazia, which has sought independence unsuccessfully since the 1990s and in recent years been under Russian control.

The Russian government decided that from January 20 to March 21 the border between Russia and Abkhazia will be temporarily moved 11 kilometers into Abkhazia. According to Abkhaz media, the decision was made in connection with the upcoming Winter Olympics in Sochi, which is located only about 20 km from the current border with Abkhazia.

According to a statement published by Georgia’s Foreign Ministry on Monday, Russia has created a border zone along the river Psou, which moves the border by 11 kilometers.

“Creating a border zone on Georgia’s sovereign zone without permission of Georgian government once again violates Georgia’s territorial integrity and sovereignty and is flagrant violation of Russia’s international obligations, fundamental principles of international law and ceasefire agreement,” the statement reads.

The ministry also expresses concern that along with moving the border, Russia is continuing to install razor wire bundles and fences along the demarcation line with Abkhazia and South Ossetia.

Creating a border zone means that people who enter this territory will have to present IDs and passports, while police will patrol settled places which are located in this border zone 24 hour a day.

There will be a checkpoint located at Bagripshi.