Russia and Georgia to meet for direct talks

Russia and Georgia to meet for direct talks 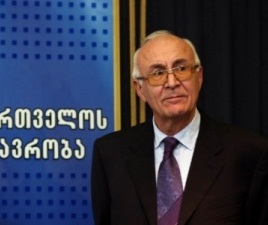 TBILISI, DFWatch — At last, Georgia and Russia will meet to start sorting out their differences. The two countries broke off diplomatic relations after the war in 2008.

Zurab Abashidze, Georgia’s Special Representative for Russian relations, on Monday said that the meeting will probably take place in Switzerland.

Georgian Dram, a coalition brought together by billionaire Bidzina Ivanishvili, won the parliamentary election October 1, 2012 on a promise to repair relations with Russia.

As a first step, he appointed Abashidze to the newly created position, but a few days ago expressed concern that Russia had not responded.

Sunday, however, Russian media reported that Foreign Minister Sergey Lavrov had proposed to restore regular flights between Georgia and Russia and bring Georgian agricultural products back to the Russian market, and said Russia would meet with Zurab Abashidze to discuss the details.

“This will be a technical type of meeting. We cannot expect any specific result, but as a first meeting will take place it will already be positive,” the minister said.

After the 2008 war, the only diplomatic contact between Russia and Georgia has been as part of the periodic meetings in Geneva between the warring parties.