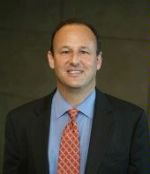 TBILISI, DFWatch – Eric Rubin, US Deputy Assistant Secretary of State for European and Eurasian Affairs says that the United States supports Georgia’s aspirations towards integration with Euro Atlantic structures and NATO and is working on forming a common position regarding Georgia among the alliance member countries at NATO’s Chicago summit next May.

But before the summit he focuses on the importance of elections. According to him, it will be profitable for Georgia to foresee in the Election Code as many recommendations of the Venice Commission as possible.

Eric Rubin made this statement in Tbilisi on December 16 at a press conference at the US embassy.

Among Rubin’s responsibilities as US Deputy Assistant Secretary of State for European and Eurasian Affairs is to supervise relations with Caucasus countries. He is currently in Georgia on a working visit. Within the framework of the visit he plans to hold meetings with the government as well as the opposition and representatives of the civil sector.

Internal policy issues have been discussed on the meetings; also Georgian security and the country’s integration in the Euro Atlantic sphere.

Eric Rubin once more stated on December 16 that the US supports Georgian aspirations towards integration with Euro Atlantic structures and NATO in particular, and is working on that a common position would be formed regarding Georgia among the alliance member countries at the NATO’s Chicago summit May 15-22.

He also said that NATO’s North Atlantic Council members during their visit to Georgia got familiar with the progress achieved here on a number of issues. They said that this is a step forward.

“We believe that this progress will suitably qualified on Chicago summit and there will be discussed specifically what steps should be taken in the future; and in what form will these steps be formed. This should become the subject for consensus. For now we are working to develop a common approach among the alliance members regarding Georgia,” Rubin stated.

At a meeting with the civil sector and the opposition particular emphasis was placed on the parliamentary elections in 2012.

Irakli Alasania, leader of the Free Democrats, claims the discussion was also about the topic of Bidzina Ivanishvili’s appearance on the political scene.

“We discussed what changes caused Bidzina Ivanishvili’s appearance in politics and how important it is that the US studied in details the attacks coming from the government, whether it’s from the revenue services or from the media representatives, on our political alliance,” Alasania said.

According to statements by the Christian Democrats and New Rights leaders the US’ support of Georgian aspiration to NATO was underlined during the meeting.

Eric Rubin mentioned at the meeting that the US supports Georgian democracy and considers the elections the most important event in a democracy. The US will assist so that the elections are conducted in a maximally transparent and free environment.

“We are ready to do everything so that the elections planned for the next years will be as free, just and open as possible,” he said at the press conference, and added: “We think that the Venice Commission gives valuable indications and we think it will be useful for Georgia to foresee possibly many of these recommendations into the legislation and practice.”

David Bakradze, Georgian Parliament Speaker said after the meeting that ‘2012 will be a very positive, active and dynamic year for the further development of Georgia-USA relations.’