Remittances in September down 33%

Remittances in September down 33% 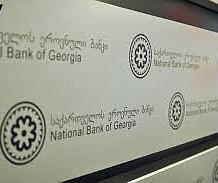 TBILISI, DFWatch–Remittances to Georgia in September went down 32.9 percent compared to last year, according to the latest monthly report by the National Bank.

Remittances, or money that individuals send home to relatives from particularly Russia and Europe, amounted to USD 88.6 million last month, according to the report published Friday.

The largest amount of money was transferred from Russia: 44.5 percent. The second most significant source was the European Union with 25.7 percent, followed by the United States 9.9 percent.

Among individual EU countries, Italy and Greece ranked highest with 10.2 and 7.5 percent, respectively, while Turkey accounted for 5.8 percent.

Last year, Greece was the most important source country of remittances from the EU, but its importance receded with the crisis this year.