Rasmussen: Georgia is close to NATO

Rasmussen: Georgia is close to NATO 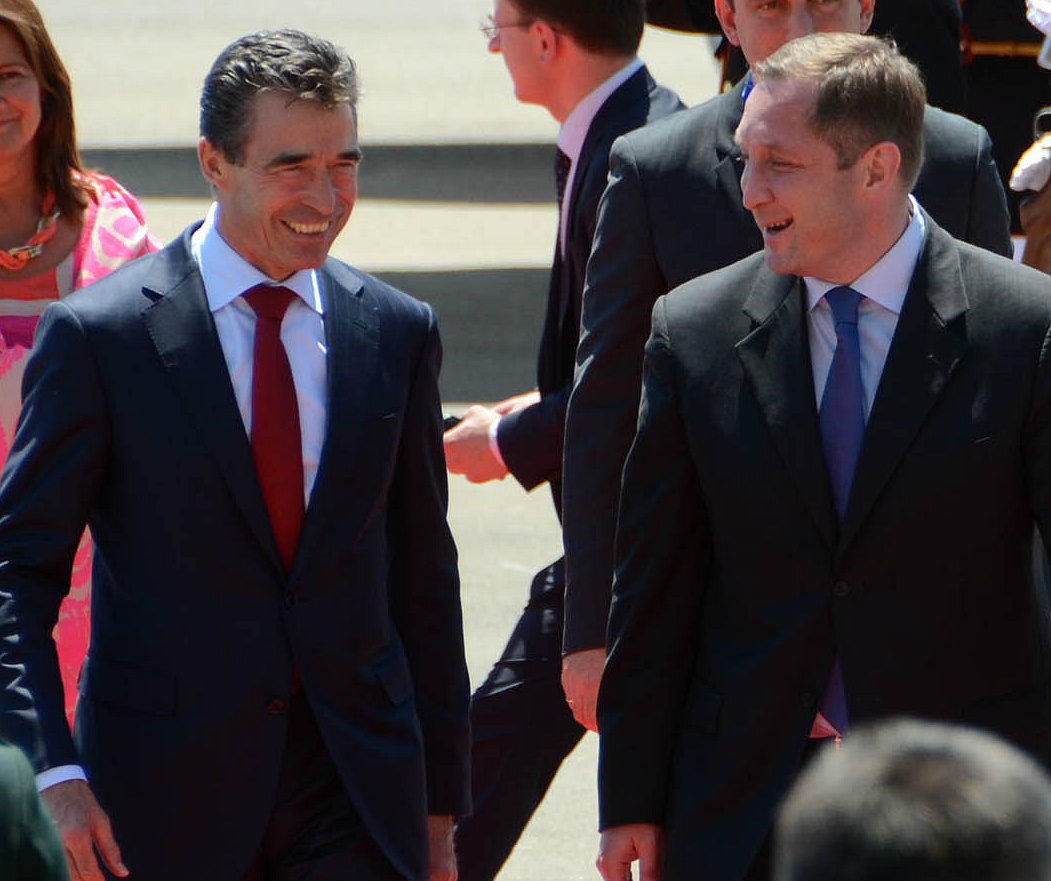 TBILISI, DFWatch–“Yes, Georgia is close [to NATO] but there’s still a lot of work to do,” NATO chief Anders Fogh Rasmussen says.

The secretary general is visiting Georgia and on Wednesday held a joint press conference with Prime Minister Bidzina Ivanishvili at Radisson Blu Iveria Hotel, when a journalist asked him whether Georgia has moved away from or closer to NATO in recent years.

Rasmussen answered that he sees progress being made in Georgia since he first visited the country.

“The prime minister and I had a very positive and fruitful meeting,” he said.

“Georgia has already made remarkable reforms in many fields and the priority is now to continue those reforms and to demonstrate that democracy is deep rooted,” he said.

“That means respect for human rights, including the rights of minorities. The violence we saw on the streets of Tbilisi last month, on 17th of May, has no place in a democratic society.”

The secretary general said the right to gather peacefully and freely express one’s opinion is fundamental for a democracy, and he appealed to the prime minister to reaffirm the importance of those values.

Rasmussen confirmed that NATO remains committed to the decision made in Bucharest in 2008, that Georgia will join the alliance as soon as it satisfies the necessary conditions.

Ivanishvili said they had an interesting conversation discussing past and future of NATO-Georgia relations. They also spoke about the recent parliamentary election and the upcoming presidential election in October; and the talk also touched upon the issue of relations with Russia.

“We remarked that successful steps in regards of trade relations are welcome and we expressed concern about what is happening in villages near the conflict zone, where wires were installed,” PM said, “I don’t understand such actions in parallel with positive steps. Even more, when this doesn’t bring benefits for Russia.”

The prime minister said Georgia will continue its participation in operations in Afghanistan after 2014.

“We will actively participate after 2014 in the process of moving goods and troops out of Afghanistan.”

Fogh Rasmussen explained that NATO plans a completely different mission, which won’t be a combat mission but will focus on training Afghan forces.

During the press conference Ivanishvili noted that the government is not focusing on terms, but on achievement of progress. He said that there are examples when some states joined NATO without a going through a membership action plan.

“We will expect the position of NATO member countries. The Alliance will review what real steps can be taken in regards of Georgia, what will be realistic and we will focus on that,” he said.

During the press conference and the meeting of the NATO-Georgia commission, there were two counter rallies held at Radisson Blu Iveria Hotel; one to support Georgia’s Euro Atlantic aspirations and another one demanding to bring Georgian soldiers back from Afghanistan.

The North Atlantic Council is visiting Georgia on invitation of the Georgian government June 26-27. The NATO-Georgia commission is also being held within the frames of the visit. This is a commission created after NATO’s Bucharest summit in 2008 in order to support the implementation of reforms in Georgia.

This is the third time the North Atlantic Council visits Georgia. The Council first visited Georgia September 15-16, 2008, one month after the Russia-Georgia war in August that year.