Putin critic to play a gig in Tbilisi

Putin critic to play a gig in Tbilisi 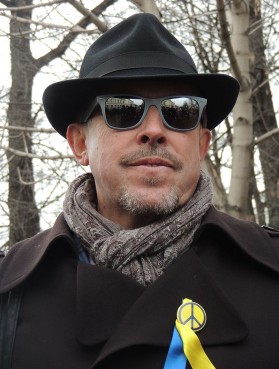 Andrey Makarevich, leader of a Russian cult rock band Mashina Vremeni, and a vocal critic of the Kremlin will play a concert in the Tbilisi Concert Hall on March 9.

Mashina Vremeni was founded in 1969 and is the oldest among active Russian rock bands.

During the war in Donbas, Ukraine, in August 2014, Makarevich performed for internally displaced people in the Ukrainian town of Svyatohirsk in Donetsk Oblast, which caused a backlash in mainstream Russian media. The controversy led to a call for stripping him of Russian state honours made by Russian MP Yevgeniy Fyodorov, who described his performance as ‘partnering with fascists’ and ‘siding with the Russian Federation’s enemies’.

Andrey Makarevich was described as ‘a traitor’ in some Russian pro-government media outlets and was banned from entering Crimea by the de facto local authorities following his criticism of Russia’s annexation of the peninsula.

In June 2015, Makarevich openly criticised Russian policy towards Ukraine and said that Vladimir Putin wasn’t ‘worthy of being Russia’s leader’.

A couple of days ago, Makarevich accused President Putin’s plenipotentiary to Ural Federal District Igor Kholmanskikh of being involved in cancelling his concerts in the region.