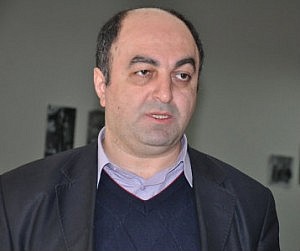 TBILISI, DFWatch–Georgia’s public defender demands an investigation into ‘selective justice’ toward former government officials, but the government is still not planning to do this.

Parliament has now started going through the public defender’s recently published report on human rights, which covers the year 2014. The 900 pages report includes a review of a number of investigations still underway which bear signs of being politically motivated.

One of them is the controversial ‘cable case’, which was the reason former Defense Minister Irakli Alasania and his party, the Free Democrats, broke ranks with the Georgian Dream coalition in November last year.

Several employees of the Defense Ministry were detained in late October, 2014, accused of improperly conducting a tender and accused of money laundering. This happened at a time when Irakli Alasania, as defense minister, visited France to negotiate about supply of air defense systems. Alasania claimed that the detainees were innocent and that they had been detained in order to interrupt him in those negotiations. He said that during his visit to France, Mindia Janelidze, who later replaced him as defense minister, called him on behalf of the prime minister and demanded not to sign the treaty about air defense.

Alasania saw this as an act that went against the country’s western orientation and confronted the ruling coalition. His own party, the Free Democrats, went into opposition, and as part of this move two other ministers who were in his party also resigned, the foreign minister and the minister for Euro integration, plus their deputies.

This investigation had status as ‘top secret’ and the lawyers weren’t allowed to know the details of the case, which strengthened Alasania’s suspicions.

The public defender has sent questions about this case to the Prosecutor General’s Office and indicates that there are political motives.

Public Defender Ucha Nanuashvili believes that the case should not have been granted status as ‘top secret.’

The deputy chief prosecutor responded Thursday that he doesn’t agree with the public defender’s position.

“There is an ongoing trial and the court will react to any impropriety,” said Giorgi Gogadze, who attended parliament’s discussion of the public defender’s report.

Members of the Free Democrats say that the public defender once again proves that ex-Prime Minister Bidzina Ivanishvili has a personal interest in this case.

“It doesn’t matter if hundreds of people are illegally jailed, or just one person. We are dealing with politically motivated imprisonment and selective justice,” Zurab Abashidze from the Free Democrats says.

The public defender recalled a previous report about the yar 2013, where there was the same warning, but the government didn’t react.

The public defender’s main recommendation is to create a commission to investigate the high-profile cases.

He also draws attention to the fact that there are no known results of the investigation into possible illegal deprivation of freedom of Tbilisi City Hall employees in 2013 or the attack on MP Nugzar Tsiklauri from the National Movement.

The public defender is also confident that the Prosecutor General’s Office is not conducting an investigation into removing former Interior Minister Vano Merabishvili from his cell.

This was one of the most publicized cases at the end of 2013. Merabishvili had served out his pretrial detention. During a court hearing on December 17, 2013, he said that he was removed from his cell late at night and taken to what he believed was the prison department, where former Chief Prosecutor Otar Partskhaladze pressured him to give testimony against former President Mikheil Saakashvili.

Both the Prison Ministry and the Prosecutor General’s Office denied this, but refused to release footage from surveillance cameras which could have proven what in fact took place, which was a demand by Merabishvili’s lawyers. Later they said that there was no footage, which further strengthened Merabishvili’s claims.

For two years, the public defender has demanded to investigate this case, but the government claims there is nothing to investigate.

Members of the National Movement say the facts described in the report by the public defender is one more piece of evidence that their party members are being persecuted.

The report also deals with officials exceeding powers, violence against women, and the situation in the prison system. The public defender has sent 28 requests to the Prosecutor General’s Office regarding mistreatment of prisoners, asking to investigate.