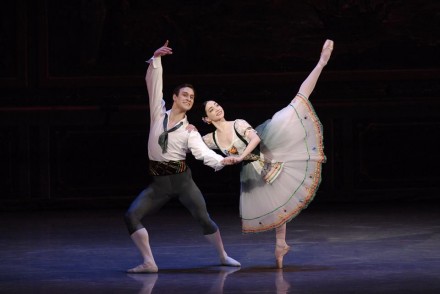 According to the Emergency Management Agency at the Ministry of Internal Affairs, accident occurred when Giorgi Mshvenieradze, 25, a prominent ballet dancer, was taking photos at Khadori lake waterfall; Presumably he side-slipped and fell into water, and drowned.

The emergency workers managed to recover his body from water, yet it was too late to conduct reanimation medical procedures and ambulance medics declared him dead.

On Thursday Ministry of Culture issued a statement expressing condolences on the death of the dancer and gave some details of his career.

“The Ministry of Culture and Monument Protection of Georgia expresses deep sorrow for the tragic deaths of the Tbilisi Opera and Ballet Theatre Ballet Company principal dancer Mshvenieradze and condolences to the family and relatives of the deceased.

“Giorgi (Guga) Mshvenieradze in 2007graduated from the Vakhtang Chabukiani Ballet School and in the same year was enrolled in the Tbilisi Opera and Ballet Theatre Company. In 2002, he received a diploma in the nomination “Best Debut” at the International Ballet Competition Chabukiani-Balanchine. In 2010-2014 he participated in Bournonville Summer Academy. In 2014 he was awarded a silver medal in classical choreography and a gold medal in modern choreography at the Riga Ballet Competition “Riga Spring”, the Culture Ministry statement states.