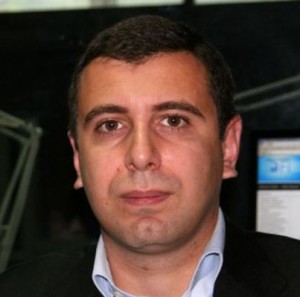 The “Institute for Development of Freedom of Information” has been conducting monitoring the level of informational transparency of the official web-pages of public institutions of Georgia for already a few years, starting from 2009. The results of the 2010 study, the evaluation parameters and the methodology are placed on the web-site of the institute:

It should be noted that a study of this type is quite innovative and refers to the 21st century trend – institutionalization of E-democracy and E-transparency; especially as internet globally has become one of the most accepted forms of direct communication between the government and the citizens. The same trend is observed in Georgia, where the number of internet users is growing annually. According to World Bank data, there were 1.3 million internet users in Georgia in 2009, or 30% of the population – http://data.worldbank.org/indicator/IT.NET.USER).

The situation is quite complicated not only by the condition that in Georgia there is no unified regulatory standard or policy for the public institutions to issue public information in an electronic form, but also by the circumstance that the mentioned issue frequently depends on the will of the particular public institutions (the attitude of the head of the institution). Namely, what kind of contents and structure will the institution give its web-site and what type of information will be published there. More importantly, besides the concrete exceptional cases, the very existence of the official web-site of the public institution in the internet depends on the good will of the institutions themselves. E.g. the active domain of the National Security Council of Georgia has been notifying “NSC website under construction!” for years.

It also should be noted that concerning the proactive transparancy, a number of positive trends can be observed in Georgia. First of all the adoption of the unified electronic system of state procurements should be mentioned, which was implemented by the end of 2010, as part of the plan of the national anti-corruption strategy of Georgia. The public information proactively published on the web-portal ensures open, transparent and competitive environment for any participant in the state procurements procedures. The electronic system helps easing the administrative procedures, ensures receiving of information about the procurements and makes the process of the ongoing tenders transparent. Another significant project, addressed at improving the level of accountability and transparency, is being implemented in the public governance area. Civil Service Bureau has made the property declarations filled in by the public officials accessible in an electronic format (www.csb.gov.ge). Quite significant databases are placed on the web-sites of the public entities operating under the Ministry of Finances and the Ministry of Justice. It should be noted here that, the general situation of Georgian official internet area is significantly improved in comparison with 2009 and the public institutions are paying more attention to the development of their “internet representation”.

However, despite the above-mentioned positive trends, the proactive issuing of public information is not institutionally established in our country yet. This is proved by the results of the ongoing 2011 monitoring, according to which, the index of the most electronically transparent web-site does not exceed 27.10%: http://www.idfi.ge/?cat=monitoring_2011_charts&lang=en&sort=content

As a practical example I would like to refer to the experience, accumulated during the course of the project “Public Information Database – www.opendata.ge”. Namely, it should be stressed that often instead of releasing the information a number of public institutions make reference to different electronic resources in their answers and note that, the information requested by us can be found at the given electronic address. E.g. see the answer of the Ministry of Education and Science on the request on financed cultural events: http://www.opendata.ge/en#!lang/en/cat/text_info/id/1362/ However, this looks more like avoiding the specific questions, rather than the real answer.

It is also interesting to learn about the court practice concerning the mentioned issue: on 20October 2011, while considering the case (#3/3646-11) at the main court session (IDFI against the Ministry of IDPs from the Occupied Territories, Accommodation and Refugees of Georgia) the representatives of the Ministry explained the non-issuing of public information with the argument that the requested information was published on the web-site of the Ministry. On the one hand, the Georgian legislation gives the citizen right to choose the form of receiving the public information, so the very argument cannot be regarded as complete. On the other hand, as the result of the monitoring we knew precisely that the information requested by IDFI was not placed on the official web-site of the Ministry and in the recommendation paper, prepared after the monitoring, we even suggested the Ministry to make this information accessible on their web-site.

I think, issuing the public information in a proactive regime will be a very important step for the development of Georgian democratic institutions. At the same time, E-transparency is one of the most significant components of the Open Government Partnership (www.opengovpartnership.org) initiated by the president of the USA Barack Obama, which the Georgian government has joined as well. However, in order to establish proactive issuing of the public information, the relevant juridical base is of foremost necessity. Unfortunately, the regulatory norms of electronic transparency passed in the latest years present merely unconnected, unstandardized examples of juridical regulation, which leave impression of singular examples rather than the policy of proactive transparancy.

IDFI provided the Ministry of Justice and the Legal Committee of the Parliament with those criteria and standards, that in our opinion, should base foundation for new legislative regulation about the entire system of internet area of public sector (E-Governance) and the creation of the principles for proactive transperancy. To my mind, creating the legal basis for proactive issuing of the public information can become a significant step towards implementing new standards of democracy in Georgia.

Levan Avalishvili is a co-founder and chairman of the board of the Institute for Development of Freedom of Information (IDFI) and Director of the project “Public Information Database – www.opendata.ge” which is intended to promote transparency and accountability of state authorities and access to public information in Georgia.