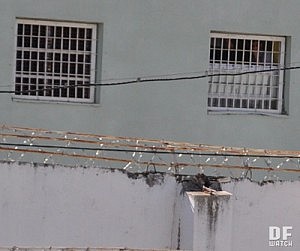 TBILISI, DFWatch–47 prisoners with life-long sentences have ended their hunger strike after more than a month without getting what they demanded.

Almost 60 prisoners were part of the protest when it began in late January. Their demand was to be included in the mass amnesty two years ago.

More than half of all prisoners were released in the amnesty, others got their sentences reduced. But prisoners with life-long sentences were not included. The prisoners on hunger strike demanded to have their life-term sentence converted to a fixed term, which would then be reduced according to the amnesty.

The hunger strike continued for more than a month, during which time prisoners’ relatives also demonstrated outside of prisons.

Kakha Kozhoridze, the president’s human rights adviser, told journalists on Tuesday that he has met with the prisoners who told him that they do not complain about the situation in jail or with the prison administration. What they asked for is to have their sentence determined.

There are 81 prisoners in Georgia with life-long sentence, four of whom are women. Most of them are serving their sentence at Gldani prison in Tbilisi.