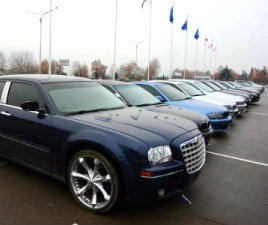 TBILISI, DFWatch–Precise data from Georgian Statistics Department (GeoStat) show that Georgia’s foreign trade turnover in the first seven months of 2013 was two percent less than in 2012.

The negative net balance in the first seven months of 2013 was USD 2 710 million, which is 48 percent of the total foreign trade turnover.