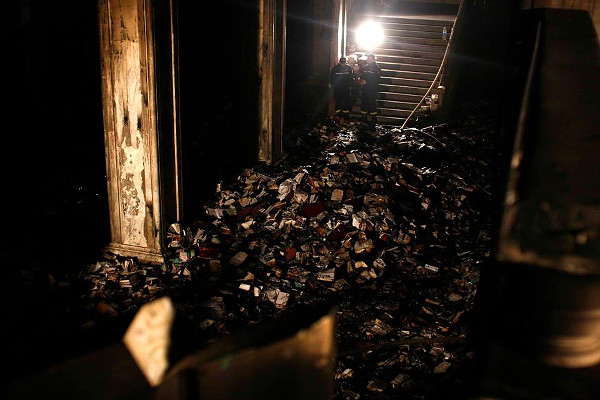 TBILISI, DFWatch–Prayer service has been temporarily halted at Sameba Cathedral after a fire burned about 1,200 square meters on the ground floor of the building on Sunday.

However, prayer will offer in four little churches on the territory of Sameba that are used by monks.

Archimandrite Ioane Mchedlishvili informed that Saturday’s and Sunday’s prayers by Catholicos Patriarch will likely be conducted at Sioni Monastery, which is in the old part of Tbilisi near the headquarters of the Georgian Orthodox Church.

The fire, which lasted several hours, started in the print house of Sameba.

Prime Minister Giorgi Kvirikashvili arrived Monday to inspect the damage. He promised that the government will do its best to repair the damage.

Cleaning service personnel and emergency services are still working on the spot. No-one was injured by the fire.