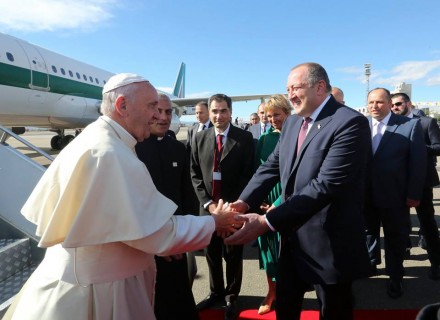 Catholicos-Patriarch Ilia II, head of Georgian Orthodox Church, as well as President Giorgi Margvelashvili met the Pope at the airport.
Pope Francis is expected to visit the Patriarchy, ruling body of the Georgian Church, and attend a reception at the president’s palace on Friday.

On Saturday, he’ll have a mass at Mikheil Meskhi Stadium, which is the second largest stadium in Tbilisi, and meetings with Roman Catholic congregations.

The next day he departs to Azerbaijan, so wrapping up his tour to South Caucasus, as he visited Armenia in June.
According to Associate Press’s Nicole Winfield, Francis is unlikely to get involved beyond general calls for peace and reconciliation, given a reluctance to offend Russia or the Russian Orthodox Church after his historic meeting with the Russian patriarch in Cuba earlier this year. 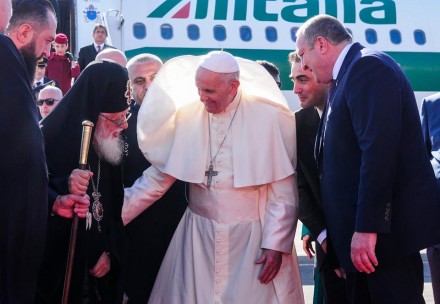