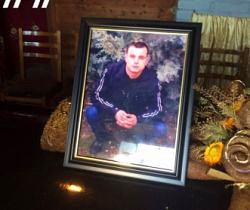 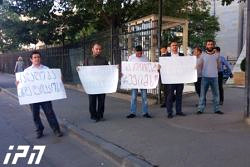 The police officer, Goderdzi Tevzadze in the western Georgian town Samtredia, has gone into hiding and was charged in absentia.

He is charged with abusing his official powers and bringing the 22-year old Demur Sturua to the point of suicide.

In a suicide note, Sturua wrote that Tevzadze threatened him and tried to force him to reveal the names of anyone cultivating or storing soft drugs in the area.

Monday, the Prosecutor General’s Office wrote that Tevzadze had asked Sturua to appear at Samtredia police station on August 7, without any legal basis.

“For the purpose of intimidating and influencing Demur Sturua, G. Tevzadze unlawfully made him sit in his service vehicle, took him in the direction of Ianeti village, at a less populated area, where G. Tevzadze threatened Demur Sturua that he would impute a crime to him, physically assaulted Demur Sturua, and required him to cooperate with the police,” the statement reads.

“Threats made by Goderdzi Tevzadze caused Demur Sturua, being under a suspended sentence on the count of stealing, to fear that if he failed to provide the required information, G. Tevzadze would fulfil threats made by him. As a result, D. Sturua had decided to commit suicide.”

The Prosecutor General’s Office asked the court to place Tevzadze in pre-trial detention. If he doesn’t appear, there will be started a search for him.