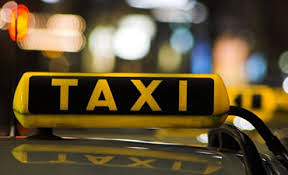 TBILISI, DFWatch–Police in Georgia have identified a taxi driver in Tbilisi who allegedly beat a woman who rejected his attempts at physical contact.

The suspect has not yet been apprehended, but an investigation has been launched based on article 125 of the Criminal Code about beating or other forms of violence causing physical pain, which considering the circumstances of the incident may be punished by a fine or from 120 to 180 hours of community service.

Police launched the investigation based on a complaint by a person who wrote on Faebook on December 1 that a taxi driver has pressured several young woman she knows.

Ele Sarishvili wrote that on December 1, at 2-3am, the driver, who is in his 40s or 50s, beat and insulted a young woman who refused to have physical contact with him. The man hit her, then she fell but he continued kicking her with his feet. Sarishvili published part of the car’s plate number, which the victim remembered. She also remembered that the man lacks a left eye.

“Considering this animal’s actions we may assume that this is not the first time he acts like that,” Sarishvili continues. She called on women to avoid this driver.