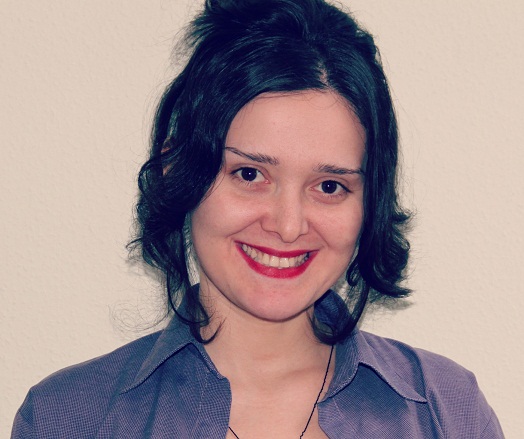 In 2007, it was revealed that Georgian society was immensely dissatisfied with the performance of the police, and this negative perception has been growing incessantly.

What are the reasons for the lack of trust in the police, and what does Georgia have to do for the police to win the public’s trust?

To answer the first question: Police has almost always been indulged in impunity. Misconduct is left without a proper reaction. Almost always the state via the relevant agency (Ministry of Internal Affairs, Prosecutor’s Office) stays unreasonably lenient with police officers who have engaged in misconduct, regardless of its seriousness against an individual. It has been found that the changes in government were not enough to eradicate these problems: Until 2012 this has mostly been revealed in massive misconducts and offences during and right after the protest rallies dispersion toward protestors. After 2012, these problems have become more individual – police misconduct and abuse of power is more characterized by individual cases toward an individual individually, rather than massively toward many people collectively.

The leniency of the state toward the police is a systemic problem, because police are in fact investigating police. In other words, the police and sometimes the Prosecutor’s Office, are investigating police officers’ misconduct or an offence and almost every time both fail. Why? Because of bias. This is absolutely not a far-fetched idea: police cannot be neutral toward its own employees and the Prosecutors’ Office can neither be neutral toward its own investigators who are investigating offences under the supervision of a prosecutor.

The answer to the second question is to establish an independent mechanism with the power to independently investigate complaints against the police. To this end, the state should find, first, the political will, and secondly, the financial recourses. The police officers’ treatment of an individual is an issue and it is haunting society. So, this has to be fixed in a way so that we get the police bound by the law and dedicated to protection of human rights. This is an ambitious plan, but it can be realized if the state cares about its citizens.

The idea to create an independent investigative mechanism is not a novelty. International instruments such as the European Commissioner for Human Rights; the United Nations and OSCE highlight the necessity of an independent agency with the power to investigate complaints against the police. This is mostly about those countries where ill-treatment and disproportionate use of force by police is a major concern. In certain countries, the independent agencies already exist as commissions, committees and ombudsman (e.g. Northern Ireland; England and Wales; Belgium, Hungary). They have the independent investigative mandate and practically as well as institutionally are separate bodies.

The peculiarity of these bodies is not only the mandate to investigate allegations made by individuals against the police, but also to submit annual reports to the legislative bodies and give specific recommendations for how to improve police governance. The police complaints authorities publish statistics to provide accurate information about police performance. When the public gets accurate information about how the police work, their confidence in the force will grow rather than drop, as the UN Office on Drugs and Crime indicates in its Handbook on Police accountability, Oversight and Integrity (Vienna, 2011).

An independent investigative mechanism on complaints against the police should work in two directions. On the one hand, the mechanism is to ensure fair responsibility of a police officer, and on the other, to analyze and identify the problems of police governance, evaluate the whole system and provide recommendations that contribute to the development of new policies, procedures and instructions. Thus, this mechanism is to serve both individual (protecting an individual from abuse of power by a police officer) and public interest (improving the governance of the police system).

Establishing an independent mechanism in Georgia to deal with individual complaints against police officers is perhaps the only way out of the decades long tendency that police performance and treatment of individuals is unfair and abusive. Existing bodies, such as the internal inspection system inside the police or Prosecutor’s Office, are not enough in order to seucre objective and fair decisions in cases of police misconduct. It is necessary that the state creates an independent investigative mechanism that fully meets the international standards of an independent human rights body (Paris Principles, UN, 1993). In other words, the composition of such a body and the appointment of its members should be established in keeping with procedures which guarantee the pluralist representation of the social forces involved in protection and promotion of human rights: Members should be recruited from non-governmental organizations, philosophical or religious representatives from every trend, academics.

Functions of the independent body are the matter to be identified in detail. Among such things, this is also a further point of discussion as to how to distribute power between the Prosecutor’s Office and the new independent mechanism during investigation of allegations of misconduct. However, the new body should have as its main principle of operation that it is as independent as possible from the Prosecutor’s Office. When it comes to the Ministry of Internal Affairs, it should not have any link with the new body and also the staff should have no links.

Establishing the new police complaints investigative body will enable individuals to be more demanding toward police officers and be more protected. They will have a guarantee that every abuse of power or misconduct against them by a police officer will be effectively dealt with.

The police on its part will try harder to perform better to reduce the number of complaints against themselves. All these steps will eventually increase public confidence in the police. This is how I think the Georgian police can win the public’s trust.