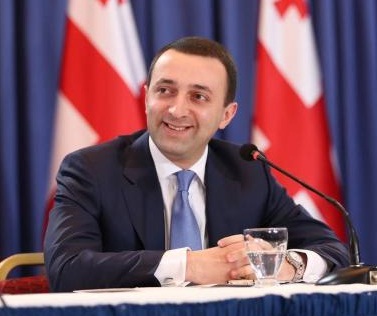 Mikheil Saakashvili, who stepped down as president three months ago, has been representing Georgia in recent years, but  this time the country is sending a delegation, headed by the prime minister.

Gharibashvili announced this on Thursday at his first press conference since becoming PM.

The Munich conference is the most important independent forum for the exchange of views by international security policy decision-makers, according to Wikipedia, and is this year held for the 50th time.

When Georgia is represented at the Munich conference by its PM rather its president, it is also an indication of how power has shifted from the president to the prime minister, after a constitutional change came into force in October 2013 which reshuffled the balance between the branches of state power.

The new president, Giorgi Margvelashvili, does not have the same power as Saakashvili had, and plays more of a symbolic role as head of state.

A week ago, Foreign Minister Maia Panjikidze said she would attend the Munich conference but that she didn’t know who would head the delegation.

Gharibashvili said he plans several important visits apart from the security conference. He will visit Israel, where a free trade agreement will be signed between the two states. Later he will visit Brussels and meet with NATO chief Anders Fogh Rasmussen.