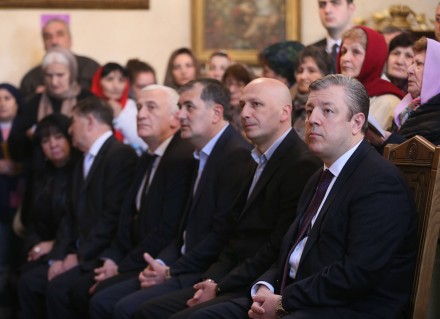 Adherents of the Armenian Apostolic Church are almost exclusively ethnic Armenians and constitute a religious minority in the country, making up for less than four percent of the population. It is the third most widespread religious denomination after Georgian Orthodox (84 percent) and Islam (10 percent).

‘I’d like to wish Happy Easter to our Armenian citizens, as well as to everyone else who’s celebrating Easter today. Easter is the victory of good over evil and the victory of light over darkness. We are happy to be here as our friendship is important. Georgia is proud of its Armenian sons and daughters and we are happy that we’re building our country together, which is a positive example for coexistence of different cultures for the whole world’, Mr Kvirikashvili said.