Placebo and Archive will play at Tbilisi Open Air festival

Placebo and Archive will play at Tbilisi Open Air festival 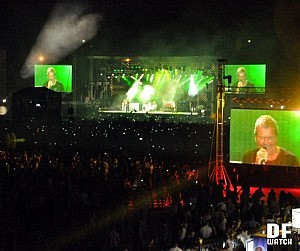 TBILISI, DFWatch–The two English bands Placebo and Archive are headliners at this year’s Tbilisi Open Air festival, to be held by a lake near the capital July 3 to 7.

Tickets sales have started for the festival, which has been organized every year since 2009 by the AlterVision Group.

In 2013, Deep Purple played, along with several other well-known performers.

But last year, the lineup had fewer well-known artists than usual due to financial problems, with the Canadian band Chinawoman as one of the main attractions.

Besides Placebo and Archive, this year’s program includes Zemfira, a Russian singer who is quite popular in Georgia, the British trio Tiger Lilllies, American singer-songwriter Beth Hart and the American group Black Label Society. http://www.tbilisiopenair.ge/en#lineup

The festival will be held in a beach-like setting by Tbilisi Reservoir to the northeast of the city center.