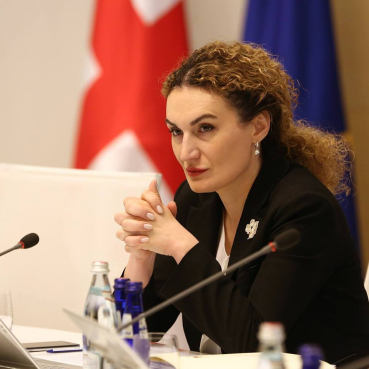 “We have a very complex peace program, which was supported by the parliament. There is a lot of news, this program has already achieved its first success and I will tell lawmakers in detail about it,”- she said ahead of parliament hearing in Tbilisi yet providing no details due to the sensitiveness of the issue.

The peace program, “A Step to a Better Future” , was proposed by the state minister in April, 2018 and was praised by international organizations.

On Monday, the parliament invited the state minister to discuss situation along boundary with the breakaway South Ossetia, where local de facto authorities and Russian troops carry on with installing border infrastructure.

The discussion was held behind closed doors.