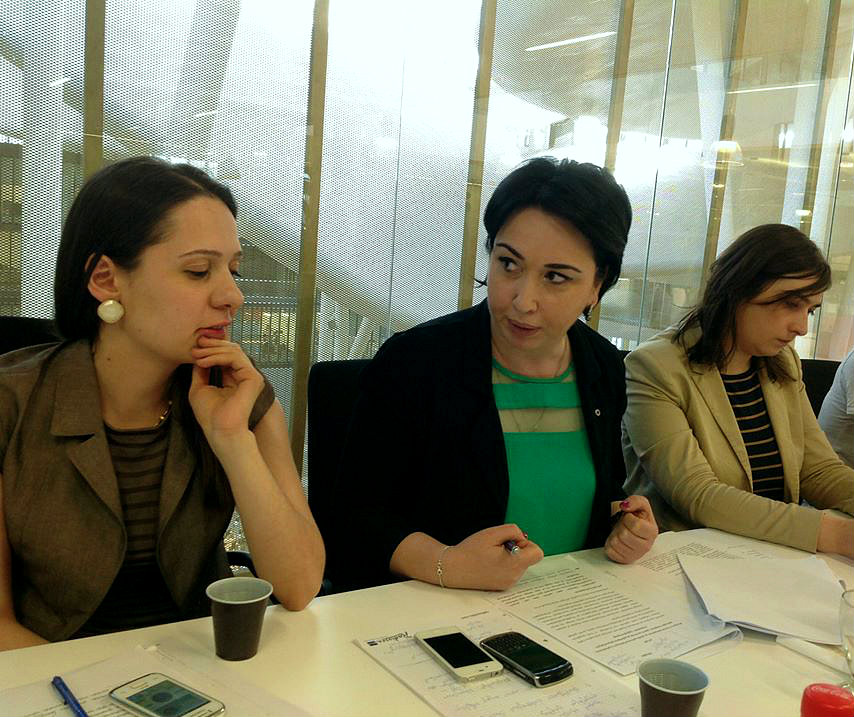 TBILISI, DFWatch–The May 17 initiative group Saturday met with parliament’s human rights committee in order to discuss the draft statement regarding the violence that occurred that day, when radical priests and activists disrupted a small rally against homophobia.

The draft was criticized for its content, as human rights activists think that parliamentary committee has made many factual errors and are making dangerous references in the document.

The meeting was closed for the media, but representatives of the initiative group informed people about results via social networks.

An agreement is not final, but the committee promised to remove paragraphs that mention ‘single sex marriage’, ‘homosexuality propaganda’ and one that says that the day before the rally there was a day of mourning for soldiers who died in Afghanistan.

There is still disagreement over whether to indicate how police assessed the risk.

Committee member Gedevan Popkhadze was tasked with preparing a new version of the document before another meeting with the initiative group next week.