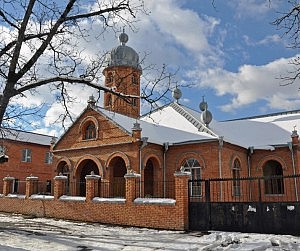 The issue of early marriages highlights existing religious divisions in Pankisi valley and competing views on the community’s relation with the Georgian state.

In a conversation with local Radio WAY (‘We’ in Chechen), member of Pankisi’s Council of Elders Khaso Khangoshvili declared that early marriages won’t be endorsed by Pankisi’s ‘traditional’ imams any more, Kakheti Information Centre (ICK) reported.

‘We decided that imams of the traditional mosque won’t solemnise early marriages any more. We took into account a couple of factors. Firstly, having a family is a burden too heavy for a girl younger than 18 who is still a school pupil. She should be able to finish her studies. Secondly, according to our tradition, the role of woman in the family is fairly important and it’s too big of a responsibility for a minor. And finally — our country’s legislation already forbids early marriages’, Mr Khangoshvili explained in a comment for InterPressNews.

The majority of approximately 10 thousand Kists who inhabit Pankisi valley profess Islam. One part of the community, usually the older generation, identifies as ‘traditional’ Sufi Muslims, while the other, usually the younger generation, identifies as more fundamentalist Salafi Muslims. There is anecdotal evidence that fundamentalist Muslims by far outnumber ‘traditional’ Muslims.

Salafi imams don’t agree with the idea not to solemnise marriages for people who haven’t reached the legal age of 18.

ICK recalls the words of Salafi imam Vakhtang (Abdurrahman) Pareulidze, who accused the Council of Elders of breaking religious laws. According to him, in order to have their nikah (‘religious marriage’) registered, a couple must satisfy three essential conditions: (1) the both parties as well as the bride’s father need to consent; (2) two men need to bear witness to the ceremony; (3) the groom’s family needs to pay mahr (‘dowry’) to the bride’s family. In Pankisi, mahr usually amounts to 250 lari.

When asked whether Salafi imams register early nikahs, Mr Pareulidze said: ‘In Islam, the age in which men and women can get married isn’t determined. If the abovementioned conditions are satisfied, we won’t refuse it. Women aged 13–14 aren’t taken as wives in the valley. I can’t remember any such cases. There are cases of women aged 15–16, although the age of 17–18 is the most common’.

‘Regarding the decision of the Council of Elders and the “traditional” imams, very few people register their religious marriages with them anyway, maybe some 5% of the valley’s population. The majority comes to us’, Mr Pareulidze added.

In a separate comment for ICK, Mr Khangoshvili said: ‘They [Salafi Muslims] go against the law and justify everything with the sharia (‘religious law’). We don’t apply these religious laws, as they go against the state law. We have a relationship with 80–90% of Kists. Only young people who are their followers register marriages with them’.

According to the Georgian legislation, only people who turned the legal age of 18 can get married. According to the Criminal Code, an adult who enters into a sexual relationship with a person under the age of 16 is punished by imprisonment from seven to nine years.