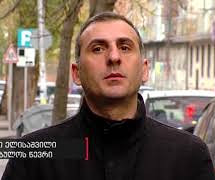 TBILISI, DFWatch–The question of whether politicians tried to use their influence to fast-track the pardoning of certain prisoners was no closer to being settled Wednesday, after prosecutors had questioned at least 30 people.

Prosecutor Koka Katsitadze said he doesn’t rule out the possibility of even questioning the president, saying that every person related to the case will be questioned.

The investigation follows statements made by Aleko Elisashvili, former head of the president’s pardon commission, that politicians had put pressure on him to get certain prisoners pardoned, regardless of whether the prisoner fulfilled the criteria.

Investigators have questioned both him and the current head of the commission, as well as MPs Manana Kobakhidze and Eka Beselia. They have also heard testimony by the deputy chief prosecutor, other officials at the Prosecutor General’s Office, lawyers, and the former head of the president’s administration.

Elisashvili, who has a background as journalist and holds a seat in Tbilisi City Council, brought with him his mobile phone the second time he was questioned and said he was willing to show investigators text messages sent to him by politicians.

However, prosecutor Koka Katsitadze told journalists Tuesday that they couldn’t find the messages sent by the officials Elisashvili has named. He also said that the phone is now undergoing forensic examination in order to determine what information it contained before.

THe same day, Elisashvili said on the talk show Archevani that he has showed President Giorgi Margvelashvili the messages on his phone and asked him to either confirm or deny this.

“I want to appeal to Georgian President Giorgi Margvelashvili as a citizens, as a human, to confirm or deny that I showed him those messages and whether I told him about my suspicions about the content of those messages,” he said.

Kakha Kozhoridze, the president’s human rights adviser, said on Archevani that Margvelashvili confirms that Elisashvili showed him messages, but he doesn’t know the content.

When it comes to the possibility of questioning the president, Kozhoridze said Margvelashvili is ready to continue his cooperation with the Prosecutor General’s Office, which asked the administration for certain documents about pardoning. The president’s administration is providing the requested documents.

Meanwhile, Anastasia Zautashvili, who was convicted in a drug smuggling case, and whom politicians allegedly wanted to have released, spoke with journalists by phone. She said that she has never asked to be pardoned, but always wanted to be acquitted.

When Elisashvili became head of the commission, he visited her in jail and told her that he was aware of her case, Zautashvili said. She also says Elisashvili asked lawyers to send an application on her behalf to the pardon commission.

“Afterward, he would personally bring my case to the president,” she says. “That’s why I decided to write an application about pardoning, and later I asked Manana Kobakhidze about its progress.”

Kobakhidze, Vice Speaker of Parliament, said in earlier statements that she indeed asked to have Zautashvili’s case considered, but she never pressured or paid anyone for this.