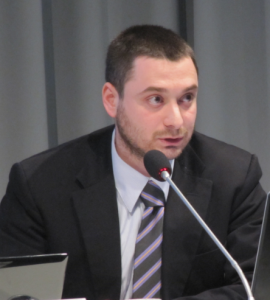 On August 30, 2011, Georgia responded to the invitation of the President of the United States Barack Obama and the Brazilian President Dilma Rouseff and officially expressed its readiness to actively participate in the Open Government Partnership initiative as “a regional leader” and to address the challenges of open governance in the 21st century http://www.opengovpartnership.org/countries/georgia .

For experts Georgia’s such declaration seems a little bit ambitious, especially when the international society has doubts regarding the level of democracy and transparency of the current government.

The Open Government Effort officially begun in New York City, on September 20, 2011 when the leaders of the 46 nations (among them was the president of Georgia Mikheil Saakashvili) agreed about the values of the open government. The Open Government Declaration (http://www.opengovpartnership.org/open-government-declaration) was endorsed by eight states: Brazil, Indonesia, Mexico, Norway, Philippines, South Africa, the United Kingdom, and the United States. The partner countries in advance have agreed on certain issues.

While talking about the Open Government Partnership, we have to make a short overview of the preconditions of this global initiative.

On his first day in office, US President Barak Obama declared the start of a process of creating “the most transparent administration in the history” by signing on January 21st, 2009, the Memorandum on Transparency and Open Government, calling for unprecedented transparency, participation, and collaboration as a hallmark of his Administration: “My administration is called to create unprecedented level of government transparency. We will work together to ensure the public’s trust and establish a system of transparency, public participation, and collaboration. Openness will strengthen our democracy and promote efficiency and effectiveness in Government”.

The “Transparency and Open Government” Memorandum shows the initiative of the Obama Administration in promoting transparency, openness and accountability of state institutions from the very beginning of his presidency. President Obama’s zeal to become an example of transparent and open government for other states was proved by achievements of the United States in advancing its proactive disclosure of public information and opening the floor for the active participation of the civil society and citizens in making the administrative expenses and activities of the state administration more transparent.

On September 23,http://www.whitehouse.gov/the-press-office/2010/09/23/remarks-president-united-nations-general-assembly 2010 in his speech at the United Nations General Assembly, President Barack Obama called for “specific commitments to promote transparency”.  He invited Leaders to join him next year in making specific commitments to promote transparency, fight corruption, energize civic engagement, and leverage new technologies to strengthen the foundations of open government.

A new stage began in November 2010, during the visit of President Barak Obama to India, by drafting the frames of a global open government partnership, a joint effort for open government was announced. “Now, in a new collaboration on open government, our two countries are going to share our experience, identify what works, and develop the next generation of tools to empower citizens.  And in another example of how American and Indian partnership can address global challenges, we’re going to share these innovations with civil society groups and countries around the world.  We’re going to show that democracy, more than any other form of government, delivers for the common man — and woman” – said President Obama in his remarks.

On April 20, 2011, Brazil agreed to be the co-chair with the United States of an international effort to encourage freedom of information, a plan that was led by President Obama and what was called the Open Government Partnership (OGP).

Planning proceeded to develop a work program for the OGP, with a steering committee that included representatives from nine governments and various international nongovernmental organizations.

At a planned July meeting, the members were expected to share their action plans and shape an Open Government Declaration – conceived of as a voluntary and non-binding document that enumerates a set of high-level principles on transparency and contains common commitments to changing the way the government does business.

The goals of the effort included increasing the responsiveness of government to citizens, countering corruption, promoting economic efficiencies, harnessing innovation, and improving the delivery of services.

In order to participate in the initiative, governments were asked to demonstrate commitment to open government by meeting four performance standards:

c.Rules that require public disclosure of all income and assets for elected and senior public officials;

d.Openness to citizen participation and engagement in policymaking and governance.

On July 12, 2011 US Department of State hosted the Open Government Partnership international discussion in Washington, DC. 60 countries attended the discussion; representatives of the Embassy of Georgia were among the guests.

As a result the Open Government Partnership published a list of 79 countries eligible to join the OGP initiative and their qualifying scores (12 points out of 16 were necessary to get invitation) http://www.opengovpartnership.org/eligibility.

The above mentioned assessment criteria were based on the following parameters:

3.Asset Disclosure (politicians/officials): Rules that require public disclosure of income and assets for elected and senior public officials are essential to anti-corruption and open, accountable government.

Georgia received an invitation to join the OGP initiative on the basis of the points (Georgia has got 15 out of 16). Georgia had the highest scores (4) in Budget Transparency, Access to Information and Asset Disclosure (politicians/officials), and got 3 points in Citizen Engagement. For judging the eligibility of countries, the independent group of experts used sources of information that seems not very recent (some of the data was from 2009).

In the top list of countries who got the highest scores were: the US, the UK, South Africa, Sweden, Norway, Portugal, Romania, Chile, New Zealand, Italy, Czech Republic and the lowest scores got Israel (9), Armenia, Panama, Paraguay, Uruguay. It is a little bit strange to find countries with the developed democracies among those who got the scores lower than Georgia: such as Estonia (11), Denmark (11), Finland (12), and Iceland (11).

According to the level of Open Government in Georgia it really deserves the invitation to join the initiative but it has to be emphasized that based on the experience of IDFI (Institute for Development of Freedom of Information) in monitoring and assessing the level of transparency and access to public information the score of 15 is not very close to reality. The Institute requests information from almost all the public institutions, and the situation with the openness of the state authorities is far from the picture described above. The majority of questions submitted by the IDFI are related to the Budget Transparency: http://www.opendata.ge/en#!lang/en/cat/creating_new_requests. The responses are different, and statistics show that access to information is not on the level that is desirable for society. Regarding the legislation on access to information, Georgia has a law regulating the Freedom of Information (General Administrative Code of Georgia- Chapter III- http://www.idfi.ge/uploadedFiles/general%20administrative%20code.pdf) but in order to be fully implemented further steps are needed (the statistical data of access to information can be seen on this link: http://www.opendata.ge/en#!lang/en/cat/monitoring_2011_charts/). Despite the fact that the Georgian government publishes asset declarations of state officials and civil servants (Civil Service Bureau – http://www.csb.gov.ge/en/search-declaration) it is always hard to get information regarding official incomes of civil servants, mainly on bonuses of state officials. The scoring of Georgia for citizen engagement seems most realistic, as in this field the Georgian government still has to make a big effort to get civil society and citizens in general involved in the decision making process.

OGP is overseen by a multi-stakeholder International Steering Committee comprised of government and civil society representatives.

1.Increasing the availability of information about governmental activities;

3.Implementing the highest standards of professional integrity throughout our administrations;

4.Increasing access to new technologies for openness and accountability.

A special web-portal was created for the Open government Partnership initiative: www.opengovpartnership.org

A group of countries, including Georgia, has formally expressed a commitment to openness and intent to join the Open Government Partnership. These governments now have to take the following steps as part of their full participation in OGP:

Initiate consultations with domestic stakeholders, consistent with the principles of the Open Government Partnership;

Use the networking mechanism to develop ideas for concrete commitments;

Participate in an OGP peer engagement meeting in December 2011;

Deliver an action plan and endorse the OGP Declaration in March 2012.

Together with the Open Government Declaration the United States issued 26 specific commitments as part of its national action plan for participation in the Open Government Partnership http://www.whitehouse.gov/sites/default/files/us_national_action_plan_final_2.pdf . The United States was followed by Brazil, Indonesia, United Kingdom, Mexico, South Africa, and Norway.

A Steering Committee discussion on governance is planned for the meeting in early November, according to a U.S. official working on the OGP. New countries will formally join OGP on March 5th and 6th 2012 in Brazil, when new participating governments endorse the OGP Declaration and deliver their country action plans. The high-level meeting will take place simultaneously with an Open Government Partnership Conference, in which governments, civil society organizations, private sector and other stakeholders will gather for a lively exchange on open government practices and experiences.

Georgia has not yet fulfilled any of the above mentioned obligations, unlike Brazil, which has adopted the Freedom of Information Act as the part of its action plan. For full involvement in the Open Government Partnership, Georgia is supposed to make very determined steps towards a transparent and open government, including cooperation with civil society organizations and other stakeholders, amending the legislation, developing new technologies and proactively disclosing information. This is a new challenge for the current Georgian government to acquire its place among democratic states and show its commitments to transparent, accountable and open functioning. Also, it is real opportunity for Georgia’s civil society to better monitor and be involved in processes of making Georgian government more transparent and accountable. Only with the direct cooperation of state and civil society it will be possible for Georgia to achieve the goals of the Open Government Partnership and meet its international obligations.

Giorgi Kldiashvili is the director and co-founder of the Institute for Development of Freedom of Information. He holds a Master’s degree in Modern and Contemporary History of Europe and America from Ivane Javakhishvili Tbilisi State University and is currently professor of American studies at the same university.