One released from South Ossetian detention

One released from South Ossetian detention 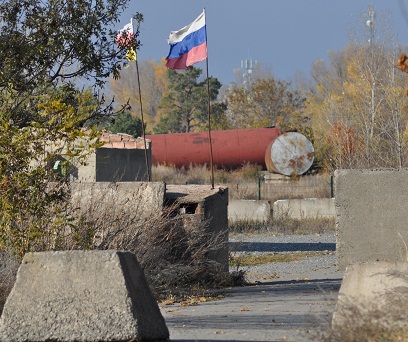 A roadblock at the de facto border at Ergneti. (DF Watch.)

TBILISI, DFWatch–A Georgian man has been released from a holding facility in South Ossetia after first being detained two days ago for trespassing.

Malkhaz Vanishvili, 24, from the village Khurvaleti near the de facto border, was detained together with Gocha Makishvili.

The latter still remains in detention in a facility in Tskhinvali, a town and the administrative center of the breakaway region.