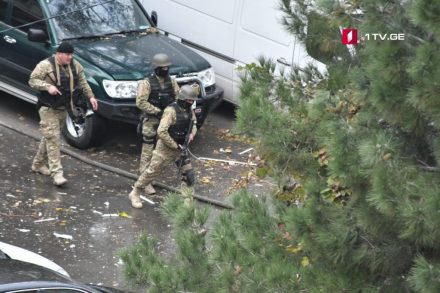 TBILISI, DFWatch–Three suspects and one police officer have been killed in a massive anti-terror operation in a Tbilisi suburb against suspected Chechens.

Four police were also wounded in the standoff, which lasted over 20 hours, a spokesperson for the State Security Service of Georgia (SUS) said at a briefing Wednesday evening.

The suspects are presumed to be foreign nationals and are in the process of being identified, the spokeswoman said, but she declined to comment on their nationality.

However, according to unconfirmed reports circulating in local media, the suspects were ethnic Chechens, possibly nationals of the Russian Federation.

The operation was centered on a rented flat in a nine storey apartment building. All residents of the building were evacuated Wednesday morning.

Local residents told media that the presumed Chechens who lived in the flat didn’t speak Georgian.