One Armenian and one Azerbaijani MP concerned by Karabakh escalation

One Armenian and one Azerbaijani MP concerned by Karabakh escalation 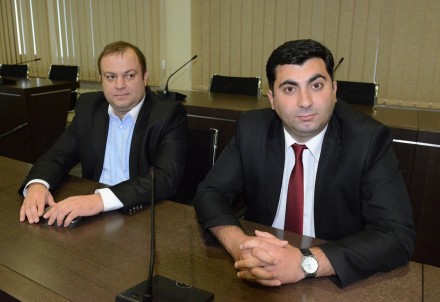 TBILISI, DFWatch–Two parliamentarians from the governing Georgian Dream coalition – one of Armenian, the other of Azerbaijani origin – express concern over the military situation in Nagorno-Karabakh after the recent escalation in hostilities.

“We call on Georgian population and particularly our Armenian and Azerbaijani compatriots, to keep calm and abstain from actions and propagation, which can damage centuries-old tradition of peaceful co-existence of these to ethnic groups on Georgian territory. Georgia was always dignified with multi-cultural treasures and neighborly relations and the duty of all Georgian citizens is to facilitate to maintenance of these traditions,” MPs Ruslan Pogosyan and Ali Mamedov are writing in a statement published on the official website of Parliament.

They extended their condolences to the families of deceased military personnel and civilians during the military actions in Karabakh and wrote that they hope for a cease-fire agreement between the parties.

The exchange of fire has currently stopped in Karabah, but the escalation of the conflict since the beginning of April has also brought tension between the Azeri and Armenian communities in Georgia. A small group of Georgian citizens are planning to go to fight if the hostilities continue, Arnold Stepanyan, head of Multinational Georgian recently told DFWatch.

The statement comes amidst reports of increased tensions between Georgia’s Armenian and Azerbaijani communities. There have been unconfirmed reports about Georgian citizens who already left the country in order to fight on either side of the Nagorno-Karabakh conflict.

Earlier this week, ethnic Azerbaijani MP Azer Suleimanov (Azər Süleymanov) from the largest opposition party United National Movement told Azerbaijani media outlet Haqqin.az that he intended to restore his battalion from the 2008 war in South Ossetia in order to go to Nagorno-Karabakh to fight.