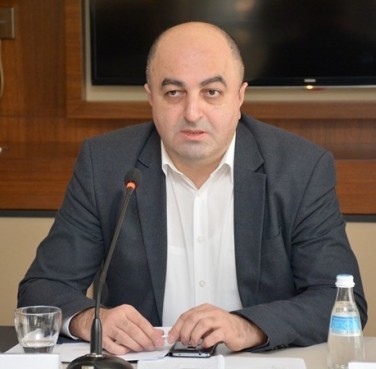 The Public Defender of Georgia released a statement on International Day against Homophobia and Transphobia (IDAHOT), May 17, in which he deplores that “no effective measures have been taken for raising public awareness or establishing the culture of tolerance in the country.”

“A timely, efficient and accountable investigation of hate crimes is still a problem. Three years have passed, however, nobody has been held responsible for the criminal acts committed on 17 May, 2013,” the statement reads.

Ucha Nanuashvili, the Public Defender, states his pity to the fact that LGBTI rights activists have no opportunity to celebrate IDAHOT in the open air “due to lack of safeguards to be protected from possible threats of violence, they refrain from a public appearance. It is worrying that homophobic attitudes in the society threaten realization of a constitutional right.”

“Given all the above, I call on the public agencies to do their best to prevent hate-motivated violence and manifestation of homophobic actions, as well as to promote unconditional implementation of constitutionally guaranteed rights and freedoms of LGBT persons.

“Public Defender’s authorized representatives will be observing developments in the country all day long on May 17, 2016. In addition, in case of necessity, citizens may call our hotline: ​​14-81,” the Ombudsman concludes.

On Tuesday, Independent Group of LGBT activists declared that no rallies will be held as they are not sure the government will be able to provide security.

They informed that they had planned event on Rustaveli Avenue in front of the Parliament and informed Tbilisi City Hall and Interior Ministry about the rally. They met with the Deputy Interior Minister, advisor of PM in gender issues and representative of the City Hall to provide security of the rally participants.

“Unfortunately we couldn’t get the support, which they had to provide by Georgian legislation,” the statement reads adding that the government proposed to hold rally in Round Garden, Vake district, like it was held last year or on Chavchavadze Avenue, Vake district.

Government also proposed to postpone the meeting for May 19 if they wanted to hold it on Rustaveli as several events are planned on Rustaveli to mark Family Values Day declared by Georgian Church and law enforcement bodies assume that holding those rallies simultaneously may provoke violence, like it was on May 17, 2013, activists write. The authorities eventually rejected plea of LGBTI rights activists to hold rally on Rustaveli av., central Tbilisi.