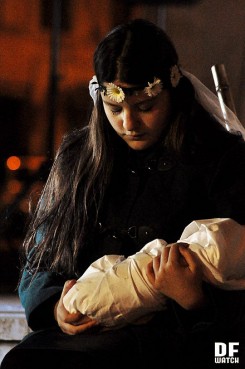 TBILISI, DFWatch–There were 611 cases of marriage involving a minor last year, compared to 665 in 2014, according to the latest figures from the Ombudsman’s Office. 95 percent of the minors were girls.

The report says that there were 408 pupils in Georgia between 13 and 17 years of age who left school last year in order to start a family. 168 pupils were over 18 when they quit school for the same reason.

Last year, at least 1,449 minors became parents. The ombudsman underlines that the figures may not be accurate because the reasons for leaving school are sometimes vague and some marriages are not registered officially.

The report also shows that 29,551 abortions were carried out last year in Georgia; 11,018 of them in Tbilisi.  There were ten cases of girls under 15 years who had an abortion.