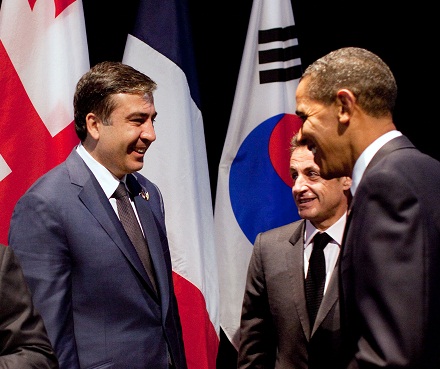 TBILISI, DFWatch – U.S. president Barack Obama will host his Georgian counterpart Mikheil Saakashvili in the Oval Office on January 30 to discuss the upcoming parliamentary election in Georgia, expected in October.

They will discuss democratic reforms that will ensure that Georgia is a vibrant and stable democratic state.

Other topics will be the issue of territorial integrity.

“The President will reconfirm U.S. support for the integrity of Georgia’s territory within its internationally recognized borders,” the statement says.

But the U.S. president will also talk to Saakashvili about the defense cooperation with Georgia and its contribution to the security operations in Afghanistan.

“The two presidents will discuss further strengthening the U.S. – Georgia Charter on Strategic Partnership by enhancing cooperation in the fields of trade, tourism, energy, science, education, culture, and security.”

2012 is 20th anniversary of the diplomatic relations between USA and Georgia, the statement notes.