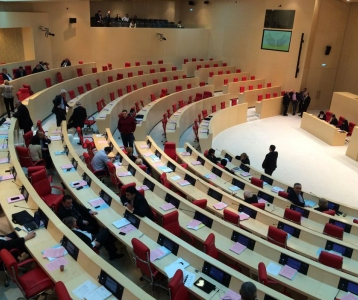 TBILISI, DFWatch–Non-governmental organizations have registered a legislative proposal in parliament on Wednesday that will obligate political parties to include women on their party lists for the parliamentary election.

But for the upcoming 2016 parliamentary election, 77 MPs will be selected from party lists, which means that if the NGO initiative is approved, at least 37 will have to be women.

Today there are 17 women in parliament.

The proposal has still not been formally accepted as a bill. Before that happens, the speaker of parliament must introduce it to a parliamentary committee, which will decide whether register it as a bill and if parliament will consider it.

Among the authors of the initiative are ISFED, Georgian Young Lawyer’s Association,  Journalists Network for Gender Equality and others.

According to the most recent public opinion poll published by National Democratic Institute (NDI) on May 11, 68 percent of Georgians support establishing gender quota in parliament, 16 percent do not support it and 15 percent say they don’t know.

In his earlier statements, former Prime Minister Bidzina Ivanishvili said that he supports this initiative and promised to help implementing it.