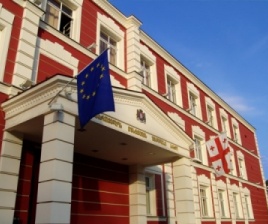 The High Council of Justice is the highest authority in Georgia’s legal system, not the Supreme Court.

TBILISI, DFWatch–A new cohort of judge candidates are taking qualification exams September 20 and 27, under the auspices of the High Council of Justice.

The exams are held at the Technical University’s first building and for the first time conducted electronically.

The training program for Georgian judges is funded by the U.S. Agency for International Development (USAID), and implemented by East-West Management Institute (EWMI).

Law experts in Georgia have disagreed over whether the last decade’s reforms were working. It is also controversial that the Supreme Court is not the highest judicial authority as in most democracies, but instead the High Council of Justice, which has power to sanction judges and is being advised by the EWMI.