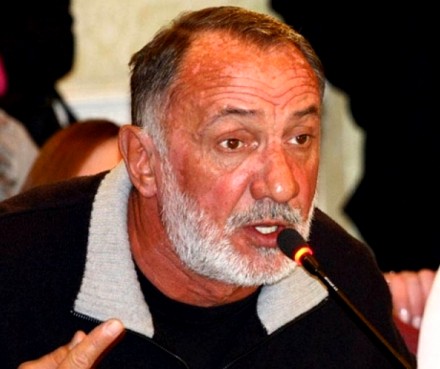 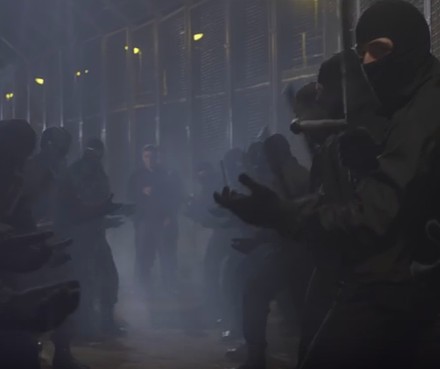 A scene from the trailer.

TBILISI, DFWatch–The first episode of a new TV series about the crimes of the Saakashvili regime premiered at Rustaveli Theatre in Tbilisi on Saturday (watch trailer below).

Georgian filmmaker and political activist Goga Khaindrava finished work on the documentary TV series, which is titled Herocratia and deals with prisoner torture and other government crimes against the population during the nine years Mikheil Saakashvili’s National Movement was running the country.

Also former political prisoners attended the premiere of the new series, which will be aired on Imedi and GDS starting from September 6.

The content of the series is quite strong, the director warned, that people have to see it.

Davit Meparishvili, one of the guests at the premiere, told journalists that he liked the film but also that the reality was even worse than what is described in the documentary.

“There was more blood, more beating and more torture back then,” he said.

Nana Kakabadze, who represents the organization Former Political Prisoners for Human Rights, said she watched the first episode together with former prisoners, who said that the stories in the movie are quite close to what happened, but their stories were even worse.

“We carefully restored the image of Gldani Prison, which was the worst ordeal for prisoners. We will also see cases that are less known to the public,” Khaindrava told the newspaper Kviris Palitra.

Former Prime Minister Bidzina Ivanishvili asked Khaindrava in the beginning of 2015 to make a film about the rule of Mikheil Saakashvili.