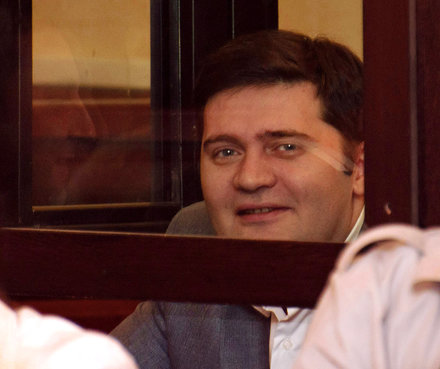 The incident took place in September, 2011. According to investigators, then Defense Minister Bacho Akhalaia together with Deputy Military Police Department Head Megis Kardava and head of Prison No 8 in Gldani Alexandre Mukhadze beat Vice Colonel Davit Londaridze, colonel Sergo Tetradze, Sergey Chapligin and Giorgi Gorelashvili for several hours to try to force them to admit they were spies.

The prosecutor’s statement says the motivation for the torture was to achieve a ‘name as successful leader’.

The three officials threatened to murder them while they continued scolding and beating them. Londaridze was first to agree to admit that he was a spy against Georgia. Next was Giorgi Gorelashvili, who was threatened that they would cut his fingers, placing them in a pair of scissors to scare him. Prosecutor’s Office also claims that they tied a leather ribbon around his neck and forced him to crawl in the hall. Gorelashvili still didn’t agree to admit to being a spy and he was taken to a detention cell.

Then they put a bag over Tetradze’s head to restrict his ability to breathe, beat him and insulted him in different ways, but he also didn’t confess. Next, Bacho Akhalaia and Kardava organized further torture and sexual abuse against Tetradze, by the assistance of two prisoners at prison number 8 in Gldani, Tbilisi, who abused him in the cell.

Tetradze died of heart failure after the abuse.

Alexandre Mukhadze and the two former employees of Gldani prison have been sentenced to nine years in jail in this case.

Akhalaia on Wednesday said the new charges against him are a lie just like the previous charges. In the statement he further claims that Russia is putting pressure on the Georgian court through the hands of former Prime Minister Bidzina Ivanishvili.

“We must still fight, as the fate of Georgia is in our hands,” he wrote.