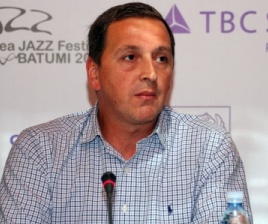 The PM on Monday dismissed seven ministers, but immediately reappointed two of them in new ministerial positions.

On Wednesday, he named four more candidates and said that several persons were under consideration for the post as culture minister but more time was needed to make a decision, because this is one of the most important ministries.

On Wednesday, the PM’s press office issued a statement saying that people were awaiting the announcement of new culture minister with particular interest. Gharibashvili’s statement says the development of culture requires a new, modern, reform-minded approach, and now the government has found a candidate who satisfies all requirements.

Giorgadze is an economist and has graduated from a management program in Brussels, but people mostly know him as a successful project managerin the cultural sector. He is manager of Eastern Promotion Company, board director of Tbilisi Concert Hall, producer at Georgia’s Public Broadcaster and adviser at the economic department of Georgia’s cabinet of ministers.

“The prime minister is sure that Mikheil Giorgadze will overcome problems which the ministry is challenged by today and will justify the public’s expectations,” the statement reads.

A lot of attention will inevitably be focused on how Giorgadze handles the Sakdrisi case. His predecessor Guram Odisharia became unpopular for lifting a protected status of the ancient gold mine, so a Russian-owned company, RMG Gold, was able to begin digging for gold there.

Archaeologists warned that mining would endanger the 5,400 years old traces of humans found there, and after a vigorous protest campaign, work was suspended until scientists could do further studies to assess potential impact.

Although unproven, some believe that Gharibashvili has business interests in RMG Gold, and therefore doesn’t want to stop the gold digging at Sakdrisi.