New cafe offers youth a place to meet in Pankisi

New cafe offers youth a place to meet in Pankisi 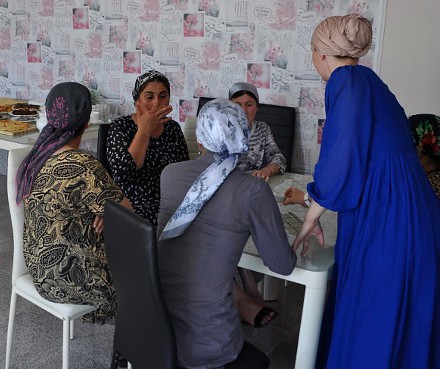 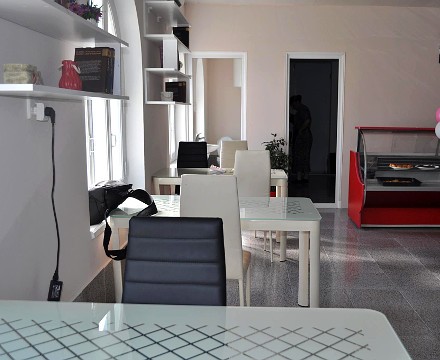 Locals say they cannot remember ever having had a place for young people to get together. The café opened Wednesday in the village Duisi, the central village in Pankisi Gorge, which borders with Chechnya to the north.

The goal of the café, which is run by Pankisi Youth Organization, is to support young people, but also to offer a cozy place for tourists. It is equipped with free wifi, books and newspapers, and it is available to use for free for training courses or other events.

We visited Pankisi Gorge and met with Mesli Baghakashvili, a young woman who took the initiative and made the idea into a reality.

Baghakashvili has a Bachelor’s degree in political science and Master’s degree in international relations. When she graduated, she came back to her hometown, which is quite rare, she says. Usually, young people chose to leave the valley and find work or study in the city or abroad.

She got married, has children and obeys strict rules of Islam, covering her head and body. She says it is hard to work and take care of her children at the same time, but she enjoys doing both.

Earlier, she worked at the non-governmental organizations Free Caucasus and Caucasian House. She has also translated Ingush poems and been involved in other cultural events.

When she came back, she decided to establish a youth organization to make her ideas into a reality and try to solve some of the problems youth are facing in the gorge.

“First project was implemented in 2015. It was sewing courses for young girls. We opened a workshop with them and the girls had an opportunity to study and work at the same time,” Melsi said.

Now, there is a small workshop in the village Omalo. There are 16 girls studying and three of them have full-time jobs.

She thinks of future plans as well and the idea is to work on civil education. But so far, they have failed to get financing, and the plans are at an early stage.

“Those who have higher education have either left the gorge, or they work and they won’t attend the lessons. So we have to work with the youth who have graduated from school, and it is very hard.”

The biggest problem for youth in Pankisi is self-realization, in her opinion. They graduate from school and do not know where to go. In addition, the gorge is quite isolated geographically. It is far even from Akhmeta, the municipal center.

“It is hard to live here after graduating from school, both for girls and boys, but it is an individual problem. Our society is believed to be patriarchal, that a man has to be honorable and has to be self-realized. He has to take care of [his] family. When it comes to women, I guess women here have different characteristics. They can easily overcome difficulties and adapt.”

the social café is only beginning, Baghakashvili explained. There is now a place where locals have food service, but also a literature corner and Internet access. Future steps will also concern youth.

The project was supported by Youth Development Foundation and Development Agency of Czech Republic.