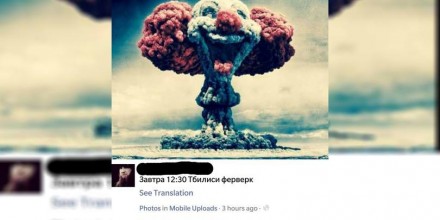 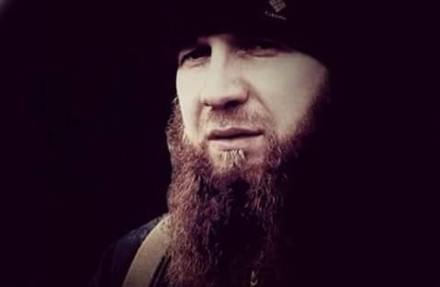 On Friday evening, a Pankisi man, 23, was detained by Security Service’s Counter-terrorist Unit for possible link to the threatening post in Facebook, ICK reports based on local radio WAY. The man was detained in Duisi, a central village in Pankisi Gorge.

Earlier the Security Service told various Georgian media outlets that it possessed all necessary information about the incident. The probe is being conducted by the Counter-terrorist Unit.

DFWatch withholds the name of the Facebook user who posted a photoshopped image of an explosion with a short text in Russian Cyrillic saying “Tomorrow (at) 12:30 Tbilisi firework”.

The post has been assumed as a clear terror threat by many Facebook users and triggered an uproar across Georgian media and social networks.