NDI: Georgia’s election as calm as in the US

NDI: Georgia’s election as calm as in the US 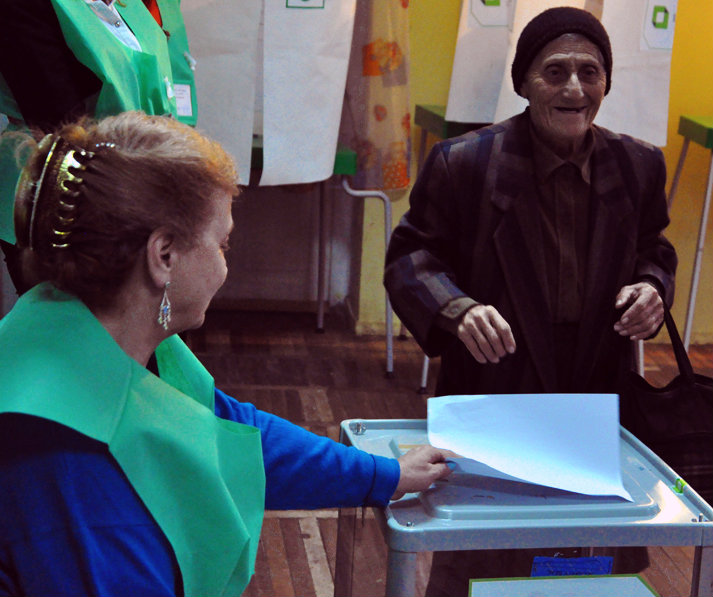 TBILISI, DFWatch–National Democratic Institute (NDI) says after observing the election campaign and the October 27 election that a multiparty and competitive election is becoming routine in Georgian politics.

NDI’s observer mission consisted of a 20-member group, who monitored 92 election precincts in 23 electoral districts all over Georgia. The delegation arrived October 24 and left October 29.

At a press conference to evaluate the election and irregularities observed on the Election Day, members of the mission said there are several trends which may have negative influence on Georgia’s democratic trajectory: politically motivated violence and harassment of religious, political and sexual minorities; not enough efforts to eliminate this type of harassment; often questioning the legitimacy of the election and the honesty of the other candidates; polarizing election and government institutes and current polarized atmosphere.

DF Watch talked briefly with Sam Gejdenson, a veteran NDI observer who has been at least four times to Georgia.

Can you compare what violations there were during last year’s parliamentary election and this year’s president election? What are the improvements?

I think that generally there was less tension, and I think both elections were very credible and done very professionally, but I think this one was much calmer. Even the things we criticized, we’ve been doing elections for several hundred years in America and you can still find things to criticize. The key thing for Georgia I think is to make sure that this spirit continues. There is a big focus on retribution for political adversaries and lesson that the party in powers sometimes loses and it is important that they gracefully hand over power, which happened.

During the press-conference you have mentioned facts having influence on election environment.

Well there was the parade that occurred, where gay, lesbian and transgender people were attacked; there were some instances, when some individuals, who were campaigning, were attacked. Those things have to be objected to, and even one instance is too many.

What violations were there in the election period?

During the Election Day there were some minor violations, but nothing significant. There were very few incidents of different types.

Based on your experience as observer in previous elections in Georgia, how would you asses the general tendency – is there improvement?

Yes, without a doubt. In terms of the atmosphere I would say that in virtually every polling place that I went to, it could have been same in the United States, very calm, everybody worked together, even from different parties.

Do you exclude the possibility of having a second round, considering statements from the opposition?

I don’t think there is anybody arguing for a second round.

The latest NDI surveys indicated the possibility of a second round. What happened? Is it often on the example of other countries, when there is such big margin in results? Margvelashvili had 39 percent [in the NDI opinion poll] as I remember.

The poll was six weeks ago, when most of the campaign happens. Every poll is a statement of what’s going on that day, but the next day – another political event – campaign changes that.

Some local and international observers said this election was boring. What do you think?

No it’s terrific. It was very good. I mean people were enthusiastic; the workers did what they had to do and people came out to vote. That’s good news.