NATO expert: Georgia is in a much closer to Alliance now than it was in 2008

NATO expert: Georgia is in a much closer to Alliance now than it was in 2008 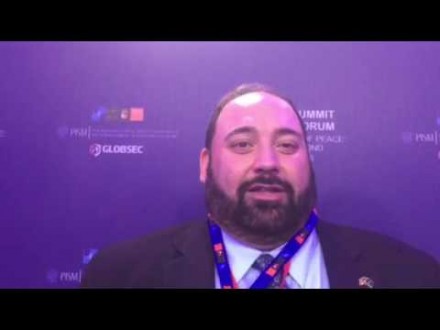 Voice of America’s (VOA) Anna Kalandadze spoke to George (Jorge) Benitez, Senior Fellow at the US Atlantic Council in Washington and NATOSource director, to discuss the North Atlantic Council’s latest visit to Georgia and other important aspects in bilateral relations.  Excerpts of this interview ran on a VOA’s program.  Here is the full interview:

– NATO’s North Atlantic Council visited Georgia this week.  Where do you see the focus of these discussions, and what is next in NATO-Georgia relations?

George Benitez: This visit was very important as it showed NATO’s depth and commitment to Georgia.  One of the issues discussed was decisions at the NATO’s Warsaw Summit, dealing with NATO’s force presence in the East and also reaching out to partners. Also this visit underscored a lot of the progress that is being made in NATO-Georgia relations, particularly last year with the operalization of the Joint Training Center in Georgia but it also underscored the future progress as Georgia needs to make in the political and defense sectors to prepare for the membership.

– Is NATO’s Basic package as well as having a joint training center in Georgia is enough for this country and for a complex region, as a whole?

GB: I think these are valuable steps that NATO took in Georgia.  I think it’s very important to note, that NAC very rarely meets outside Brussels. However, NATO travelled to Georgia and met a high-level leadership there.  It shows a lot of commitment to the relationship.  But that also shows that this relationship is getting deeper and stronger beyond the joint training center, where allies are cooperating bilaterally and in a multilateral context.  You see a lot more exercises by allies in the region and a lot more NATO activity in Georgia, Caucasus and the Black Sea that increases their visibility to NATO.

– Georgia does not have MAP – Membership Action Plan, although different analysts have said it is not needed for Georgia.  Do you think declaring it officially is a bit overdue and is there any link with the increasing dismay and impatience in the public?

GB: I think it is a long process.  Pace for membership is set by both sides.  Primarily, it has to do with the pace of reforms in Georgia.  So Georgia is setting its schedule of how long this process can take.  It has been a lengthy process as it has been for all nations over several years for this to take place.

I think Georgia is in a much deeper and closer place to NATO now than it was in 2008.  And I think the sooner these reforms are done in Georgia, the sooner it will become closer and eventually will get the NATO membership.  We have to also remember that the Alliance has said Georgia will become a NATO member, so now this has to do with timing and the timing is related to the solidarity, the union within the Georgian government of how far and how fast they want to implement the reforms that are necessary.

– What is the main idea behind the drills that are done in the South Caucasus and what is their significance?

GB: These exercises are done by US Army in cooperation with other allies in the region, such as Romania, Bulgaria, Latvia.  Even Ukraine – as a NATO partner, is participating. This is a further sign that beyond the form of a relationship there are deeper bilateral and multilateral relationships that are being done. You have never seen US Marines participating in the exercises before in the Caucasus. Just a few months ago you saw US Army took tanks into Georgia. These are military steps and military presence that have never been done in the exercises in the region. It shows a kind of linkage between the US Military and Georgia, between Allies and Georgia bilaterally.  So these are much further steps that Georgia was ever taken before.

– However, Russia has already responded by its own military drills – “Caucasus 2016” that the Russian media directly connected to the Agile Spirit in Georgia and Ample Strike in Europe.  What’s you view here and what are the threats, dangers?

GB: The Russians hold these rather frequently.  What I am more concerned with is that Russians are increasing their troop presence in the region – both in the Caucasus and the Crimea. I think this is a more dangerous step because there are more and greater investments of more Russian troops and more military presence there that does not bode well for the Future. But the fact that NATO allies are increasing their cooperation, one of the decisions at the Warsaw Summit was to increase multilateral cooperation in the Black Sea region, shows that while NATO sees increased Russian presence, they are also increasing their defense cooperation.