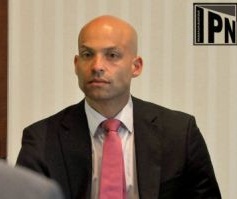 NATO envoy James Appathurai says the parliamentary election was a democracy test for Georgia, which it has passed. (IPN.)

The October 1 parliamentary was a test for Georgia, which it has passed. The government has changed through the election box and not through street rallies, NATO Secretary General’s Special Representative for the Caucasus and Central Asia, said at the airport.

He said he is looking forward to meet with the president’s administration, future government members and the candidate for prime minister, Bidzina Ivanishivli, to listen to the plans of both sides.

James Apparthurai also said the main message he brought with him is that NATO will continue its cooperation with Georgia and remain faithful to the Bucharest decision that Georgia will become NATO member and continue supporting Georgia’s territorial integrity.

He has so far held meetings with Giga Bokeria, Secretary of the Security Council, and Grigol Vashadze, acting Foreign Affairs Minister.

At a press conference after meeting with Vashadze, James Apparthurai expressed hope that Georgia will continue contribution to NATO-led missions in Afghanistan.

He underlined that Georgia is the largest contributor to ISAF mission among non-NATO member countries.

The NATO envoy further remarked that after the mission is finished in 2014 emphasis will be placed on trainings, consultations and Georgia may also be engaged in this process.

“Georgia is always ready to perfectly fulfill its duty as an ally,” Grigol Vashadze said.