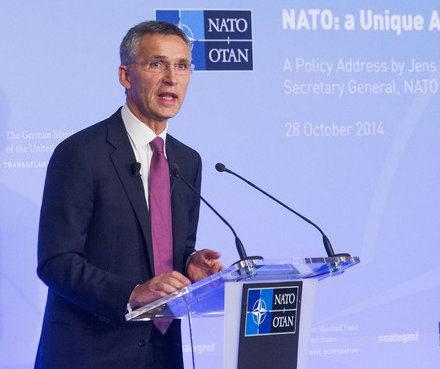 Secretary General Stoltenberg said this in a speech at the German Marshall Fund in Brussels on Wednesday.

The stated purpose of the meeting with Georgian PM Irakli Garibashvili is to discuss the ‘package’ which NATO recently offered Georgia instead of a membership action plan.

The meeting between Stoltenberg and Garibashvili will take place at 16:00 on November 17 in Brussels.

“And then we will continue to work together with Georgia and to implement the package we’ve done in Wales,” he said, underlining Georgia’s contributions to NATO led operations and the progress made by the country in recent years.

“I was present in the summit in Bucharest where we decided on Georgia. And my responsibility now as secretary general is that we are implementing the comprehensive package we have agreed on.”