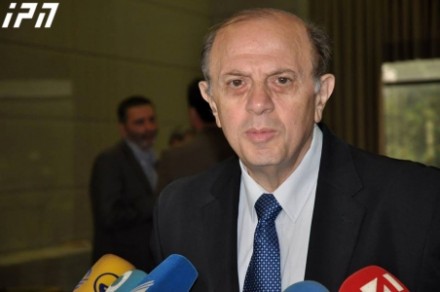 TBILISI, DFWatch–MPs from the parliamentary majority in Georgia accuse members of the National Movement of hindering the process of achieving visa-free travel with the Schengen area.

Georgian Dream members claim that two MPs from the former ruling party, Giorgi Kandelaki and Tariel Londaridze, didn’t vote for this issue in Brussels during a meeting of the association committee with the EU.

Kandelaki confirmed that he abstained from voting for ‘one of the documents’, but he argues that it wasn’t about visa liberalization, but a document about the democratic situation in Georgia.

The issue was first brought up by Zviad Kvachantiradze, head of the parliamentary majority, who wrote on his Facebook page about European People’s Party’s ‘anti-Georgian plan which failed’. He wrote that on April 25-26 at the second session of association committee in Brussels, Giorgi Kandelaki and Tariel Londaridze, as well as five members of EPP, didn’t vote for the recommendation document of visa liberalization for Georgia. The document was still approved by a majority of votes.

Levan Berdzenishvili, head of the Euro-integration committee in parliament, confirmed that two ouf of ten members of the Georgian delegation did not vote for the final resolution of the association committee.

“Two members of the Georgian delegation abstained voting for the resolution, which concerned the issue of whetner Georgians deserve visa-liberalization and which read that it would be nice if this process would finish in June. Very soon, a protocol will be published where there the results of ballots will be, and you will see by yourself,” Berdzenishvili says.

Berdzenishvili also says that EPP initiated amendments before the final resolution and the party had a ‘strictly anti-Georgian position,’ but those amendments failed and Berdzenishvili thiks UNM members were unhappy about the outcome.

“None of the regulations which were against us – including recognizing political prisoners and not granting Georgia visa liberalization before the election, also to include criticism in the text – all of these failed, and the text is mainly positive,” Berdzenishvili told us.

He believes EPP’s demands are ‘groundless and unfair.’

“No-one is surprised and it is even ridiculous that they support their buddy the National Movement. It went beyond all bounds. Why should the average Georgian suffer just because the court found [former Interior Minister] Vano Merabishvili guilty? I can’t understand. Then no country should be granted visa liberalization, as there are prisoners everywhere,” he added.

We spoke with Giorgi Kandelaki from the UNM, who told us that he doesn’t think it is necessary to be part of this discussion.

He explained to us that the document didn’t concern visa liberalization but the situation in Georgia, including the state of democracy.

“The issue of visa liberalization is solved in the same committee, then at a plenary session of the [European] parliament and then in the [EU] council,” he said, adding that the document didn’t have any particular influence on visa liberalization, but it is a very important document.

“In the case of the Constitutional Court, there was a call to the Georgian government to ask for the opinion of the Venice Commission. However, the majority of the members of the European parliament blocked this provision. This is why we abstained from this general document, but I don’t think it is necessary to have a dispute about this. It is completely absurd to claim that we [the UNM] are against visa liberalization. According to our plan, visa liberalization would have been in force by 2014 and I have discussed this issue on many occasions,” Kandelaki told us.