Music festival KaZantip to be held in Georgia in 2015

Music festival KaZantip to be held in Georgia in 2015 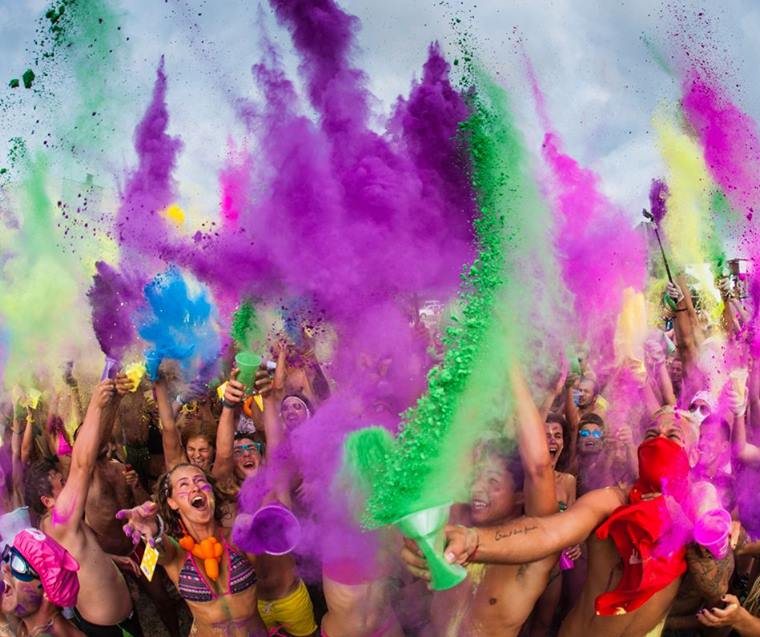 KaZantip is planned held in Georgia also in 2015.

TBILISI, DFWatch–Organizers of KaZantip are determined to hold the electronic music festival in Georgia next year too, despite low visitor numbers last month.

But the condition is that the government allows the festival site in Anaklia to be used.

KaZantip was held in Crimea for the last decade but relocated to Anaklia on Georgia’s Black Sea coast after the Russian annexation of the peninsula.

The festival met much resistance in Georgia, especially from radical religious groups, who held a number of rallies and collected signatures demanding that it be canceled. In their opinion it was propaganda for ‘Sodom and Gomorrah sins’.

But they failed to interrupt the festival and it went ahead as planned. Activist priests and their followers held prayers several times at the entrance of the KaZantip site, but were never allowed in.

In the beginning, several tens of thousands of people were expected to come to the festival, but less than ten thousand came. In the first half of the ten-day festival, most of the people seemed to be dissatisfied with it, chiefly because of extremely high prices for food and the attitude of the men there who were reportedly too pushy in their efforts to pick up girls.

But as the festival drew toward the end, it got better, as the prices went down and there was a discount on the entrance fee.

Giorgi Sigua, who was fired as head of Georgia’s National Tourism Administration on August 4, was involved in organizing the festival. He told journalists at the end of the festival that the reason why there were less guests than expected was high prices. For the Georgians there it was probably also due to the influence of the Georgian Orthodox Church, the Patriarchate, which was against the festival from the start, and many people therefore avoided going.

Sigua says that in the end, the festival still turned out to be good, and despite the financial loss, organizers are still determined to repeat the festival in Georgia next year, if the government allows the site to be used.

Nikita Marshunok, the ‘president’ of KaZantip, wrote in a Facebook post that Anaklia is a village of contrasts.

“God knows we gave you a chance. Some thought we were sent here by Satan, some called us doves of peace or even aliens,” he writes, adding that now it is time to think of what it was and whether it is possible to be repeated.

“We have heard a lot about Georgian hospitality, but we didn’t know it was so expensive.”