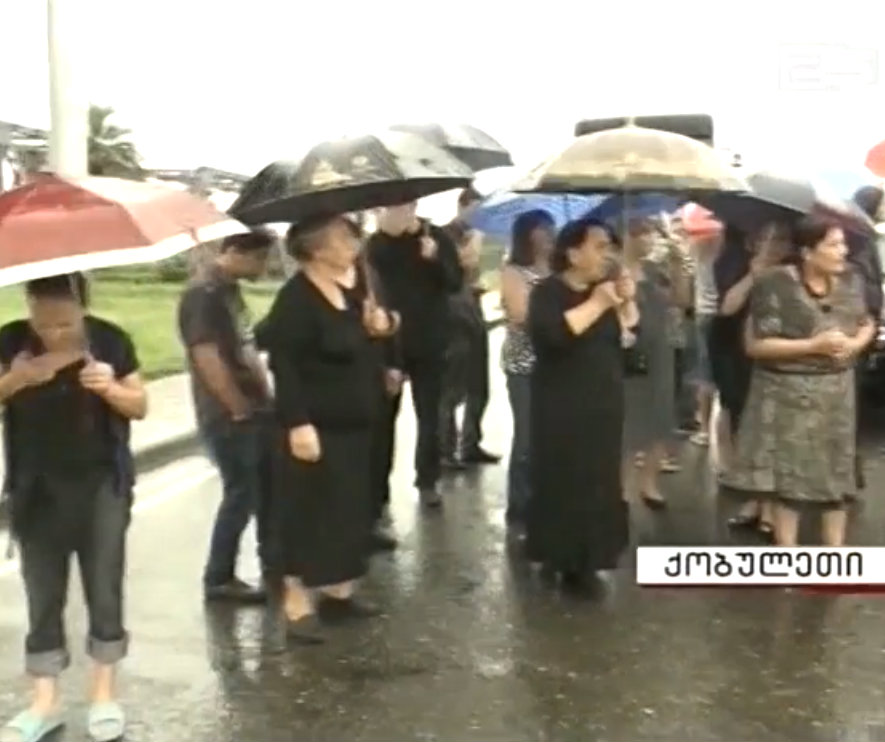 TBILISI, DFWatch–Patriarchate of Georgia claims that a boarding school for Muslim kids was built against the will of a majority of the local population in Kobuleti, a small town on Black Sea coast.

For the last few days, locals have tried to oppose the opening of the madrasa.

The Georgian Orthodox Church, which is very influential, wrote in a statement on Thursday that the Patriarchate condemns the Islamophobic incident in Kobuleti, but it also sees a provocation against the will of the majority of the population. The Patriarchate claims the construction of the madrasa wasn’t agreed with the government.

However Sulkhan Evgenidze, head of Kobuleti municipality, says that Muslims actually had a right to open a boarding school there. He told Interpressnews that even though locals were against, it was an insult to slaughter a pig and attach the head to the entrance.

He recalled that during the election, the building was being refurbished when he visited it and learned that Muslims were building a boarding school to support school kids.

“Everyone must respect other religions,” he said.

The Patriarchate writes that what happened in Kobuleti is serious insult of religious feelings of Muslims, which is unacceptable for any traditional religions, and the Orthodox Church condemns it.

“It is suspicious that on the one hand it happened when the head of Turkey’s religious affairs authority is planning to visit Georgia and on the other hand in Tbilisi there is planned a two-day international conference on freedom of religion,” the statement reads.

The Georgian Ombudsman has begun looking into the incident on September 10 and on Thursday also issued a statement condemning religious intolerance. He wrote that he hopes it won’t cause confrontation between different confessions and an escalation of the situation.

The Public Defender calls on law enforcement bodies to conduct an effective investigation, identify those involved in the incident and bring sanctions against them within the frames of law, in order to prevent such incidents in the future.

The Ombudsman also calls on the government to take steps in regard to religious intolerance and work on raising awareness among the population.

Meanwhile, Thursday morning locals again rallied in front of the boarding school. They are against the idea of having a Muslim facility in a district populated by Orthodox Christians. Some of them want the government to determine whether it is legal to construct a boarding school there.

On Thursday, the pig’s head was taken down from the entrance door of the boarding school. In the yard of the school there is a cross, which according to Shamil Kakaladze, who will chair the school, was put there two weeks ago. They perceived it as a provocation and decided not to fall for it, but soon they discovered a pig’s head at the entrance, which is a serious insult to Muslims.