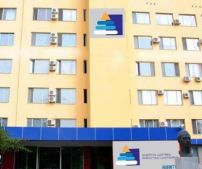 TBILISI, DFWatch–The number of confirmed cases of viral meningitis in the last two months in Georgia has jumped to 306.

According to Georgia’s National Center for Disease Control and Public Health (NCDC), 169 of the cases were in Tbilisi, 51 in Kutaisi, 18 in Adjara, 11 in Rustavi and one isolated case in each of a number of cities and towns all over Georgia.

Seven new cases were registered in Kutaisi in the weekend.  38 patients are receiving medical treatment at the hospital in that second largest Georgian city.

Nonetheless, authorities view the situation serious enough that kindergartens and schools up to 6th grade were closed until May 27 to, as they say, implement additional sanitary measures. TV news showed schools buildings being decontaminated.

The ministry also called on the parents themselves and schools staff to take additional hygiene measures to protect children. Most importantly, by providing for a strict personal hygiene, and washing hands frequently. Dining areas should be thoroughly cleaned with disinfectants.

It further said that in schools, pupils should not share utensils like plates and forks. If the first symptoms of meningitis are noted, immediately see the doctor.  Parents should monitor that their children are following all the hygiene rules.

Schools which have had cases of meningitis must be contaminated.