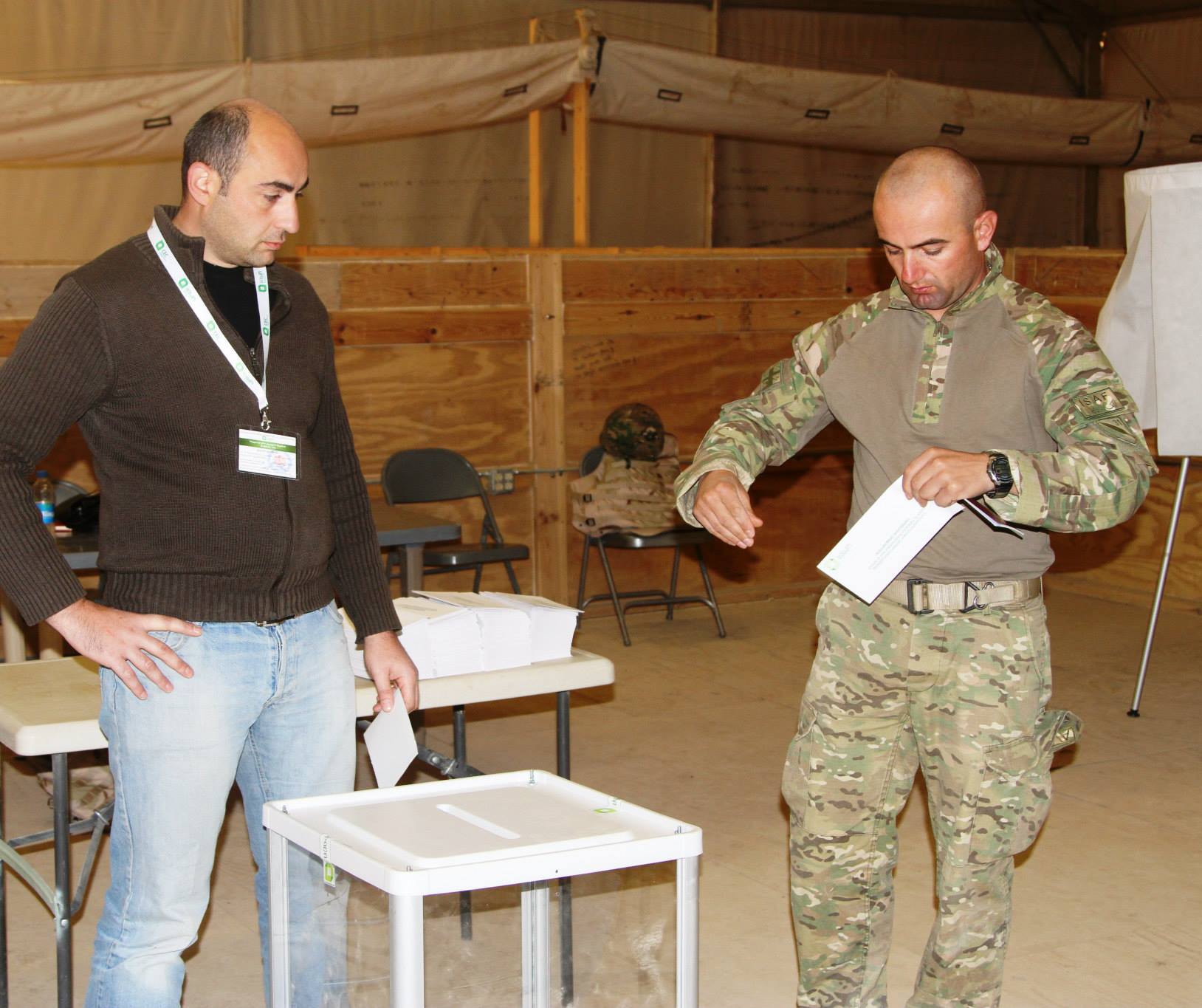 Margvelashvili won over Davit Bakradze, from the National Movement, at two election precincts for Georgian soldiers serving in the NATO-led ISAF mission.

He won by a margin of 104 votes. Margvelashvili received 700 votes, while Bakradze got 596 votes from the soldiers.

Georgian soldiers in Afghanistan cast their vote for president a few days ago.