Margvelashvili sworn in as new president

Margvelashvili sworn in as new president 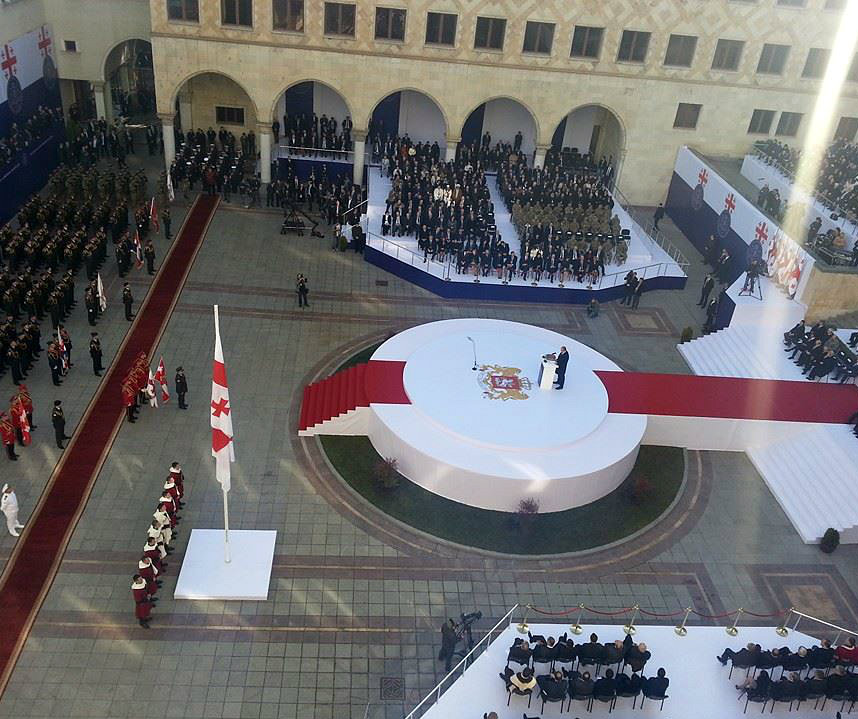 TBILISI, DFWatch–The inauguration of Giorgi Margvelashvili was held today in the yard of the old parliament building in Tbilisi.

The schedule of the day’s events is the following: at 13:00, the inauguration started and was expected to last for 45 minutes. The new president was sworn in and addressed the guests.

At 13:45 he was expected to arrive at Heroes Square to pay tribute to all those who died for Georgia’s unity, after which he will host a lunch at Courtyard Marriott Hotel for foreign guests. At the hotel he will also hold bilateral meetings. Foreign guests will also hold meetings with the Prime Minister and the Speaker of Parliament.

A concert will is planned to start in Rustaveli Theatre at 18:00 dedicated to the inauguration after which Margvelashvili will host a large reception at Sheraton Metekhi Palace.