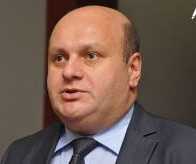 TBILISI, DFWatch–President Margvelashvili is reconsidering the idea of having a special parliament session to discuss the crisis sparked by an over 30% drop in the value of the national currency, the lari.

At the height of panic a few weeks ago, the president rejected a call from the former ruling party, the National Movement, to have such a session, citing a visit by the International Monetary Fund (IMF) that would form the basis for a crisis plan to be announced by the government on March 5.

But on Wednesday, Finance Minister Nodar Khaduri said that work on the plan is not yet finished.

Giorgi Abramishvili, an economic advisor to the president, said Friday that the government’s so-called economy team should work out a crisis plan within reasonable time, in cooperation with the National Bank and the IMF mission.

“We want to remind each participant in this process that it is their political responsibility and obligation to introduce a monetary stabilization plan.”

Minister of Economy Giorgi Kvirikashvili, responded that violation of the March 5 deadline is no cause for alarm. He said he met with Abramashvili on Thursday and spoke about the work done so far by the government and future plans.

“I explained to him at what stage preparation are,” he said. “Certain small components are being prepared now in terms of budget as well as prognosis for the next few months.”

Every public property which is being sold is going through a preparation process, Kvirikashvilki said. Some are already up for auction.

“The Ministry of Finance is strictly monitoring the process of implementation of expenses, especially capital expenditure.”

Meanwhile the National Movement plans to ask the president to schedule a special session of parliament again. An attempt was made on Saturday one week ago, but it failed because not enough parliament members showed up.

Last week, the lari rate recovered slightly to 2.10 against the US dollar, but in recent days it has again started to drop. The National Bank gave the value of one USD as 2.1740 lari on March 7.