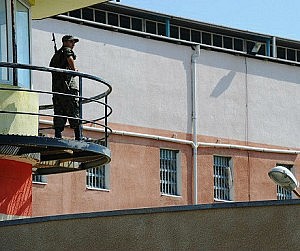 TBILISI, DFWatch–Three female prisoners who were in for life on Friday had their sentences converted to fixed term.

The decision was announced by Zviad Koridze, head of the president’s pardon commission; one of two such bodies in Georgia.

Instead of life, the three women will have to spend 20 years in jail in total.

They are are serving time for violating sections 260 and 262 of the Criminal Code, about illegal possession and sale of drugs, and carrying illegal items across the Georgian border.

On Friday, the president pardoned 188 prisoners, among them seven minors. 130 of them left jail on Friday, while 58 prisoners had their sentence reduced.

The hunger strike was called off after a month, as the president’s adviser promised that their situation would be studied.

The prisoners warned that they may go back on hunger strike if they see that their demand is not met.

There were more than 80 prisoners with life sentence in Georgia, four of whom were women until now.